The Steady Decline of Console Gaming 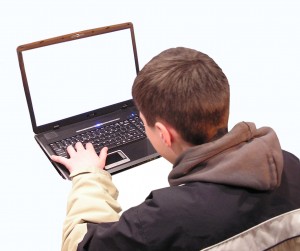 I unboxed my first console, the Nintendo 64, back in 1999. Countless hours were spent in front of the television sets of my friends’ or my own playing Super Smash Brothers, Pokemon Stadium, and Mario Kart. These games kept us company and we never asked, or could even picture, an even more advanced and better quality product. The console seemed to be the best it could ever be or ever become. In the early 2000’s, my expectations were defied by the new Nintendo Gamecube. These graphics, some of which still surprise me with their detail today, brought gaming to the next level. Complex yet intuitive controls were implemented and even more hours were spent in front of television sets. Then, once again, the video gaming world continued to advance with the Xbox360 and the PS3—two video game systems released in 2005 are still considered an industry standard almost 10 years later.

How has gaming changed in these past years? The Internet has allowed connectivity between two systems regardless of their physical proximity. The Internet has also experienced increased speed over the year, going from sharing a connection with the telephone to having no connectivity issues despite multiple connected devices. PC gaming has experienced a rise in activity because of third party applications and easy customer support. It is also constantly updated automatically, something that is more difficult to do via gaming consoles.

In realizing this problem, the major video game producers have created a graphics chip that will hopefully keep users satisfied for years to come. They have created an edge over PC gamers because they’ve designed their new systems with the user in mind. For the best video game experience, people can turn to the video game console designers. Since consoles have a reputation of selling for less than production costs, making up for losses with video game profits, hopefully enough people will buy them to sustain the companies’ console operations.