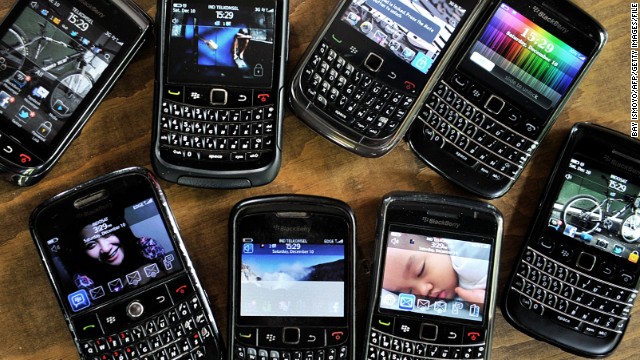 (CNN) — Since the dawn of the iPhone age in 2007, loyal BlackBerry users have watched their favorite device maker stumble into an ever-steepening decline.

Some of the collapse is due to the consumer changeover to Apple and Google Android products, but the company — once known as Research In Motion — hasn’t helped itself with poor planning and delayed product introductions.

On Monday, the company that once blazed the trail in the smartphone market announced it’s being taken private by its largest shareholder, Fairfax Financial, a Canadian insurance company.

The move comes on the heels of an announced $1 billion quarterly loss and layoffs of 4,500 employees. Its future as a maker of smartphones may be in doubt.

Now the dwindling numbers of loyal BlackBerry users must decide: Is this the last straw?

It’s no idle question. For all the attention paid to BlackBerry’s fall and the rise of iPhone and Android, there’s still a sizable BlackBerry market out there. Forbes magazine estimates that there are in excess of 50 million BlackBerry users, and they remain fiercely devoted to their phones, with their secure e-mail software and physical keyboards.

“You can tear my Blackberry’s real keyboard out of my cold dead fingers,” user Charles Wright of Toronto wrote on Twitter.

BlackBerry: Why breaking up is hard to do

Ronen Halevy, an IT security professional who runs the site BerryReview.com, still prefers his BlackBerry because it “focuses on communications first” — even though he’s familiar with both Android and iPhone platforms.

“They’re very good devices to consume information, but the main point of the phone is that it’s more like a computer,” he says of the Apple and Google phones. BlackBerrys, he says, are better at “flow” from e-mail to calendar to other applications.

He hopes that the company returns to its roots.

“I think that Fairfax should double down on BlackBerry 10 and the combination of corporate and consumer market that appreciated the rock solid communication platform it offered,” he wrote on BerryReview.com. “This means an end to the ‘me too’ additions of features to BlackBerry 10 and instead appealing to the market that made BlackBerry take off.”

One commenter observed, however, that the company will be hard pressed to win new converts.

“Not good news for consumers, people hate the BB name and what it stands for. Self-inflicted suicide,” kingbernie wrote. He suspected that becoming a corporate-focused software business might be the company’s best way out of the wilderness — even if it means leaving the consumer market behind.

From CrackBerry to ‘depressing’: The BlackBerry’s 5-year fall

Chris Umiastowski, a tech analyst and regular contributor to the BlackBerry boards on CrackBerry.com, says BlackBerry fans should remain wary.

“Going private doesn’t necessarily change the outcome for the company. All it is guaranteed to change is the ownership structure,” he said via e-mail. “It’s not a nail in the coffin, nor is it some massive opportunity to fix themselves. No matter who owns the shares they still have to compete with solid competitors. Going private just lets them operate outside of so much public scrutiny.”

For those who want to put their BlackBerrys in a drawer next to their PalmPilots but want to keep a physical keyboard on their devices, your options are limited. The Motorola Photon Q and the Motorola Droid 4 are Android-compatible and have relatively large slide-out keyboards, but reviewers have taken issue with their camera capabilities.