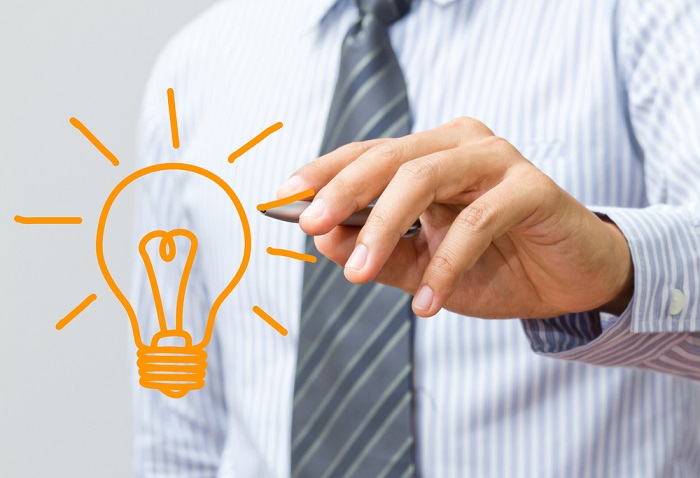 Do you have an idea for a new business? While you may find it easy to generate many new business ideas, it isn’t as easy to identify which ones are truly stellar.

How do you know when you’ve come up with a fabulous business idea? We asked successful business owners what key characteristics point to a great business idea. Here’s what they told us.

It fills a need and solves a problem

One simple sign of a great business idea is that people want it and need it.

Wade Gilchrist, startup consultant and host at TechStartRadio.com, said he likes to tell startups that they should identify a problem that is currently not being solved or is not being solved well. If your idea is a better solution than those currently available, and there is a way to prove it’s a moneymaker before a long and expensive development process is undertaken, it could be a great business, Gilchrist said.

And don’t think your idea has to be especially innovative, said Ebong Eka, a small business expert and television personality. “Too many entrepreneurs believe that good business ideas have to be unique or the first of its kind,” he said. “That only matters with products you can patent, and biopharmaceuticals.”

In fact, it’s more important for your idea to solve a real-world problem, and solve it well, said Shireen Shermak, CEO of venture capital and startup firm Launch Angels.

“A great business idea must solve an easily articulated problem that a large group would like to have solved,” Shermak said. “If you are creating a solution when there is no problem, no amount of marketing is going to create a big business.”

It reaches large and/or multiple markets

An easily identifiable and measurable potential market for the product or service is another hallmark of a great business idea, Eka said.

“It’s imperative that, when you’re sharing your idea, you can describe the market demographics,” he said. And at the very least, the market must be big enough to make money. “The idea must target a large market,” Shermak added.

Another market-related characteristic of a solid business idea is that it can be replicated in other markets, said Greg Isenberg, a 25-year-old award-winning serial entrepreneur, founder of Wall Street Survivor and CEO of mobile video app 5by.com. After all, if a business works in San Francisco, it’s likely to work in Los Angeles, he said.

“All of a sudden, you’ve doubled your target market overnight,” Isenberg said. However, he cautioned that reaching multiple markets is relatively easy compared to the prep work required to fine-tune a great business idea.

“Perfecting your business model such that it works in one market is often the hardest part,” he said. “You might as well be able to scale it to many markets so that you can take advantage of all that hard work you did perfecting the model.” [Looking for more business ideas? Visit our Business Idea Center]

It can withstand free competition

Can your business idea hold its own against a free solution offered by a competitor? If so, you may be on to something, Gilchrist said.

“Google and Facebook can kill many startup ideas by offering for free what the startup wanted to charge for,” he said. “If the idea requires a subscription model [such as software-as-a-service (SaaS)] to make money, it has to be specialized enough so the Internet giants wouldn’t care to enter their market.”

Shermak said that the existence of competitors is actually an encouraging sign that your business idea could be a good one.

“Counterintuitively, an idea might have potential if there are a few existing competitors,” Shermak said. “I’ve started multiple businesses, and there is always the day you see a press release from someone who says they are doing the same thing.”

Shermak said this is when business owners learn that idea execution is a major part of any business. “It’s also wise to consider that a good opportunity might actually be validated by the fact that there are competitors or other solutions out there,” she said.