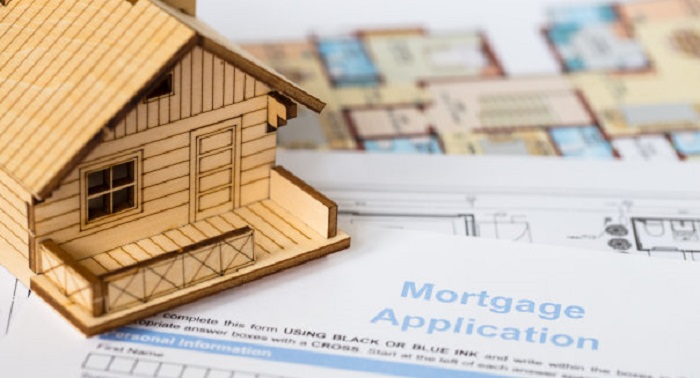 You may not have noticed it, but recently, it’s gotten easier to buy a new home.

Last year, a strong housing market combined with fears that the Federal Reserve would eventually begin tapering its purchases of mortgage bonds. Together, these factors helped drive up the cost of a 30-year fixed-rate mortgage from about 3.3 percent in January 2013 to nearly 4.6 percent by September.

Since then, mortgage rates have backed off those recent highs, bobbling back and forth between 4.5 percent or so, and, recently, 4.2 percent. This has helped to keep housing affordable for those who want to buy a home. But it did pose the bankers a dilemma: How could they get more people to want to buy homes in the first place, so that they could sell more mortgages?

Answer: Make it easier to apply for a mortgage.

Mortgage Down Payments Live Down to Their Name

Last spring, lending data website LendingTree.com (TREE) released a report showing that the average down payment demanded by mortgage bankers to obtain a 30-year fixed-rate mortgage had fallen 9.4 percent since mid-2011. At 16.1 percent, it was nearly 4 full percentage points shy of the old rule of thumb that a home buyer should put 20 percent down on a new home.

Six months later, average down payments had fallen to 15.73 percent of the value of a home. Now, LendingTree has put out an updated report showing that after down payment demands inched back up in 2013 (to 16.01 percent), they’ve begun to fall once more.

At last report, mortgage bankers on average want to see a 15.78 percent down payment — a bit more than what we saw last fall, but still continuing the downward trend in down payments.

Why? One clue may be found in recent comments from Freddie Mac vice president and chief economist Frank Nothaft, who’s been highlighting declines in existing-home sales, in new-home sales as well, and even in permits taken out to build houses, in a series of reports through April. If home-buying is starting to taper off, then the bankers may be looking for a way to goose that market a bit.

Peering Into the Bankers’ Bag of Tricks

Demanding less money up front to obtain a loan is one obvious way to ease more buyers into the housing (and home mortgage) market. Another tool is loosening up lending restrictions.

Read more: It’s Getting Easier to Get a Mortgage

User rating: 0.00% ( 0
votes )
My Co-Worker Makes More Money Than Me -- But We Do The Same Work! Job Seekers' Weakest Link: Interview Follow-Up