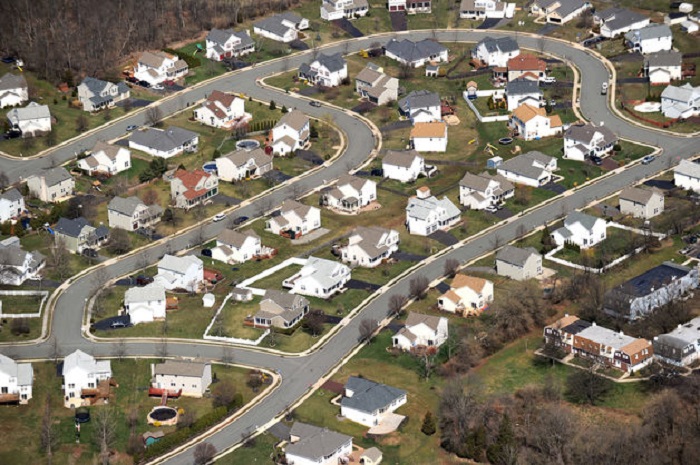 Mike Trafton bought a house in a suburb of Boise, Idaho, where he plans to retire. He made the deal without signing a stack of mortgage papers.

“I feel better about owning my home outright,” said Trafton, who’s moving to a region with an average of 200 sunny days a year and skiing in the winter. “At this stage in our lives, we can afford it, and it’s better than having a monthly mortgage payment hanging over us.”

U.S. home-price gains have restored $3.8 trillion of value to owners since the beginning of the real estate recovery in 2012, according to Federal Reserve data. A record number of Americans are using that equity to pay cash for properties, avoiding a mortgage process that has become even more onerous in the wake of the 2007 housing collapse. In the first quarter, 29 percent of non-investment homebuyers used cash, the highest on record for the period, according to data compiled by Bloomberg.

The majority of people making all-cash deals are baby boomers mostly because America’s largest-ever generation is beginning to retire, said Lawrence Yun, chief economist of the National Association of Realtors. In 2012, there were a record 61.8 million Americans over the age of 60, according to the Census. That compares with 46.6 million in 2000.

“Cash purchases are on the rise because older homeowners who have decades of home-equity accumulation don’t want the hassle of a mortgage,” Yun said. “With the economy improving and the stock market at record highs, boomers are the ones who are driving the market.”

Lending for mortgages to purchase homes fell to $115 billion in the first quarter, the lowest in three years, according to the Mortgage Bankers Association. In the first three months of 2014, buyers plunked down $105.1 billion of their own money for properties, compared with $84.7 billion a year earlier, according to Bloomberg data. The share of purchases made by investors, who typically pay cash, dropped to the lowest first-quarter level since 2010.

“The whole investor class, the ones doing most of the cash purchasing until now, is stepping back,” Yun said. “Baby boomers are taking their place.”

About 10,000 Americans turn 65 every day, according to the Pew Research Center in Washington. Between 2010 and 2020, the group of Americans age 65 to 74 will jump 51 percent, according to Census projections. Combined U.S. home equity, the value of real estate unencumbered with mortgages, rose to a six-year high in the fourth quarter, according to the Fed.

Members of the baby-boom generation have more home equity than their parents because they owned homes during the biggest 30-year housing bull market in history. The median U.S. price of an existing home in April was $201,700, triple the $67,800 median price in 1982 when many were buying their first properties.

Just as they transformed societal norms and politics as college students in the 1960s and 1970s, the generation will change the housing market as they age, said William Frey, a senior fellow at the Brookings Institution in Washington who specializes in demographics. About 16.3 million Americans older than 60 owned their homes free and clear in 2012, according to Census data. In 2009, that number was 12.1 million.

“As boomers go through the stages of life, they change everything they touch,” Frey said. “Whatever housing decisions they make as they near retirement will have an impact on the market. If they have the ability to be free of a mortgage when their income diminishes, they’ll do that.”

This generation will likely stay in the housing market longer than the prior one, said John McIlwain, a senior fellow at the Urban Land Institute in Washington.

They “will be buying and selling well into their 80s because they are going to be active and healthier for a lot longer than their parents,” McIlwain said. “They are a rebellious generation, and they’re not going to go along with the idea of traditional retirement.”

Almost 60 percent of boomers said they plan to move out of their present home, according to a March survey by Better Homes and Gardens Real Estate LLC, a brokerage franchise based in Parsippany, New Jersey. Some, like Linda Snetselaar of Iowa City, Iowa, are buying a retirement home now and using it for vacations until they stop working.

Last month Snetselaar purchased a one-bedroom home for $450,000 in Heritage Sands, a community under construction on the south shore of Massachusetts’ Cape Cod designed to look like a collection of cottages from the 1940s. Snetselaar, 64, said she’ll continue working as a professor at College of Public Health at the University of Iowa for another five years or so, and then retire to the house in Dennis Port.