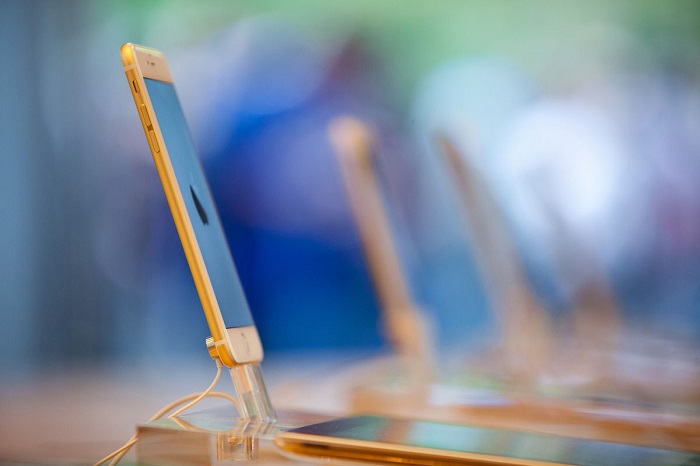 Apple Inc. (AAPL)’s release of a software update that cut off people’s ability to make calls from their iPhones is linked to another snafu that’s still fresh in people’s minds: the 2012 introduction of a new maps program.

The similarities don’t end with the apologies Apple offered to disgruntled customers. The same person at Apple was in charge of catching problems before both products were released. Josh Williams, the mid-level manager overseeing quality assurance for Apple’s iOS mobile-software group, was also in charge of quality control for maps, according to people familiar with Apple’s management structure.

Williams was removed from the maps team after the software gave users unreliable directions and mislabeled landmarks, though he remained in charge of testing for iOS, said one person, who asked not to be identified since the information isn’t public.

Scores of customers took to social media to complain about losing the ability to make phone calls after installing the iOS 8.0.1 update, which Apple said it pulled back after more than an hour. The software glitches have undermined Apple’s mantra that its products “just work” and, at least temporarily, marred what Chief Executive Officer Tim Cook called the “best launch ever” for Apple’s newest iPhone models released last week.

Apple apologized again and has now issued another update, iOS 8.0.2, saying that less than 40,000 iPhone 6 and 6 Plus devices were affected by the previous version.

Trudy Muller, a spokeswoman for Cupertino, California-based Apple, declined to comment on the company’s quality assurance program. Williams didn’t respond to an e-mailed request for comment.

“Normally, things like this — software updates — are a strength for Apple and something that is easier for them than for almost any other device or operating system maker, because Apple has full control of the hardware and the software,” said Frank Gillett, an analyst at Forrester Research Inc.

Williams leads Apple’s choreographed process for catching bugs before they reach the public. He’s worked at Apple since 2000 and graduated from San Jose State University, according to his LinkedIn profile. An Eagle Scout known within the company for his tattoos and guitar playing, he’s been working on quality control for iPhone software since early iterations of the product.

Williams has a team of more than 100 people around the world who are responsible for putting new software through its paces before it reaches customers and uncovering glitches that may eventually impact customers, according to one person. Apple relies more on people finding bugs than using automation-testing technology, according to former employees.

At a company of Apple’s size, no single person is solely responsible for large software problems, and Williams works with others tasked with catching issues before software is released. Apple has a board to determine what flaws need to be fixed, a committee called the Bug Review Board, known internally as BRB. The panel is overseen by Kim Vorrath, a vice president in charge of product management for iOS and Mac software. She reports up to Craig Federighi, Apple’s senior vice president for software engineering.

At the board meetings, Vorrath, Williams and others from Apple’s software engineering group go through defects to determine what should be fixed immediately and what can be addressed later, after the software is sent to customers, according to engineers involved. The board designates rankings to different bugs, with “P1” being the highest, and meaning the company will stop production of a device if a glitch is discovered, one former manager said.

The meetings can become contentious because engineers will often argue for more time to fix a problem, while product managers will push to move forward to meet approaching deadlines, two people said.

For lower-priority fixes, known as “P2” or “P3” bugs, Apple usually starts work on a software update even before an initial version is released to the public, according to former employees who have been involved. That’s because Apple needs to complete a final version several weeks before the official release so that it can be installed on iPhones coming off the assembly line, two people said.

User rating: 0.00% ( 0
votes )
It takes how long to open a child's savings account? 6 Tools You Could Be Using To Make Your Business Better