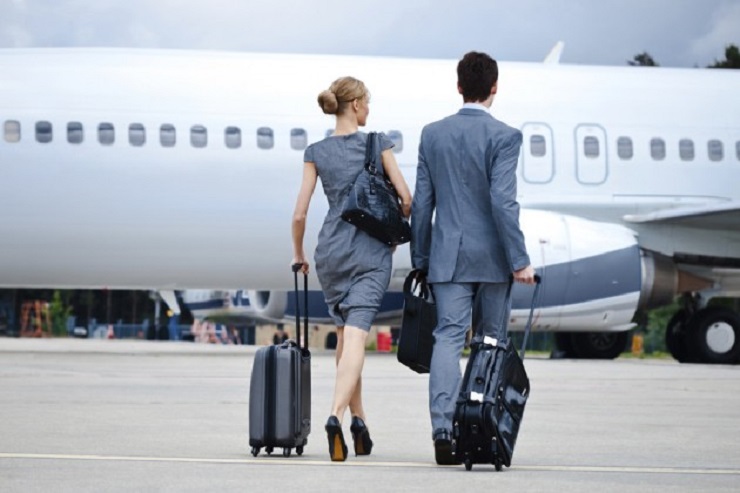 When Nicoletta Donadio started her first company in college, she worried people would think she was just tagging along with her boyfriend and co-founder, Claudio Carnino.

“People we were doing business with, and our families as well, always thought I was the weak link,” Donadio says. “The fact that I am his girlfriend made them think he was kind of protecting me. Sometimes I felt I was just an employee.” Three companies later, she sometimes still struggles to define her leadership role at Fanchimp, the couple’s London-based social media marketing startup.

Unlike Donadio, who grew up in an Italian family business, Guillemette Dejean never thought of herself as an entrepreneur. When her boyfriend, Matt Aussaguel, started developing software that translates tweets and social media posts, she offered to help out. Six months later, she quit her teaching job to become a partner at the Berlin-based company, Fliplingo, working as communications manager.

There are pros and cons to being in a relationship and a business together, she says. “The greatest advantage is that we can move really fast,” Dejean says. “Whether there is a good or a bad thing to say, an easy or a hard decision to make, there is no discomfort between us and we can quickly move on to the next step.”

That high level of trust with someone who shares your values and goals can make running a business together easier, Weiman says. And, as Dejean has experienced, building a company can make a couple closer. “We face greater challenges together than we ever faced before—even individually—and we often have to be strong for the other person,” she says.

On the other hand, constant shop talk can be a romance-killer. “It’s very easy to fall into a routine where all we do and talk about is the business,” Dejean says. “Even when we try to take time off and the goal is to rest our minds, one of us will have a suggestion to make for an unsolved issue we had, or an idea for a brainstorming session to improve a particular side of our business.”

Setting boundaries between work and home is important, as is having roles and responsibilities defined in the office. If there are additional employees, it may be challenging to manage their perception that a girlfriend or boyfriend is getting preferential treatment, Weiman says. For the same reason, it’s also important to leave the personal side of the relationship at home. “Treat each other at work like business associates. Avoid pet names, for example,” he says.

Because trust is so high in a loving relationship, some couples don’t bother with such formalities as legal contracts. That’s a recipe for disaster, Weiman says: “Have a clear understanding, before you partner-up at work, of how you will handle conflicts between each other, including how you would end the business relationship if it wasn’t working. Then meet with a business attorney to discuss your plans.”

User rating: 0.00% ( 0
votes )
6 Tools You Could Be Using To Make Your Business Better Phones 4U break-up looms as administrator dismisses debt-for-equity bid