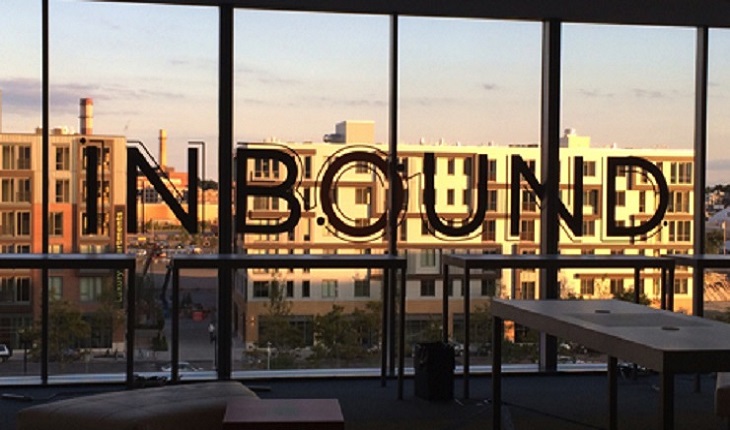 Walking across the bridge on World Trade Center Ave., heading towards this year’s INBOUND ’14 conference, I started chatting with an attendee about the event. Or, more accurately, he excitedly started talking to me.

“Wow, this is going to be an exciting event,” the young marketing employee said as we headed for the opening night of the conference that featured a keynote from former Apple evangelist, author, and current Canva evangelist Guy Kawasaki.

I asked what the draw was, and my new marketing friend said, “What these guys are doing, the inbound marketing thing, is in another stratosphere compared to the old way of marketing.”

And that is the draw for HubSpot, the inbound marketing company founded by Dharmesh Shah and Brian Halligan in Cambridge.

The annual conference has had to move from the downtown Hynes Convention Center to the Boston Convention and Exhibition Center because it got too large for other venues. This year, with an unexpected number of walk-up registrations, INBOUND will have over 10,000 attendees, a large jump from the 8,000 that had signed up just a month ago.

The event has a great lineup of speakers, including keynotes from Martha Stewart, Simon Sinek, and Malcolm Gladwell, and a ton of other smaller sessions led by HubSpotters, marketing industry thought leaders, and others. This year’s event also joined forces with the other marketing conference in town, MITX’s Future M, which will bring various chief marketing officers from nationally recognized brands and other “agency” focused speakers to the event. (There is a business of sports-focused set of discussions on Thursday that looked very interesting.)

Also, later today, Shah and Halligan will be giving their annual keynote, a kind of state of what is happening at HubSpot. This year’s talk should be very interesting seeing that the company recently filed paperwork for its IPO, which is expected later this fall.

Most of the keynotes feature big unveilings of new HubSpot products — last year the focus was on Signals, the email tracking service. This year, more big announcements are expected, but the company has been quiet about what will be announced; although that hasn’t stopped rampant speculation among people who care about these things.