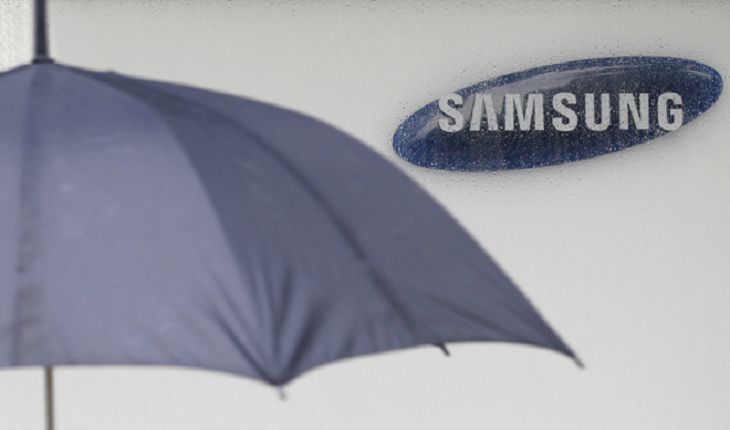 Less than 12 hours after news broke that Apple’s September 9 media event would include the company’s first wearable in addition to bigger-screen iPhones, Samsung and LG had both preempted their own planned launch events with hurried press releases unveiling upcoming smartwatches. And I have no idea why.

While the lack of marketing savvy among the Korean electronics giants is legendary, the move was unusually ill conceived. Since neither product will be available for months, all they’ve really done is set themselves up like bowling pins for Apple (AAPL) to knock down in less than two weeks. Go figure.

Still, no company can be great at everything and clueless marketing has never stopped Samsung from dominating a host of electronics markets including TVs, LCD and OLED displays, memory chips, and of course, smartphones. But the tide has turned against the world’s largest mobile phone maker and a tsunami of hurt is coming.

Samsung’s forte has always been to undercut competitors by more or less flooding the market with lower-priced copies. The strategy has been enormously effective in markets where the potential for innovation is marginal, such as displays. After all, there is only so much you can do to differentiate a TV or an LCD panel.

The smartphone market, on the other hand, is a bit different. By essentially developing a lower-priced iPhone clone with a bigger screen and hitching a ride on the Google (GOOGL) Android train, Samsung was able to dominate the lucrative smartphone market. But that’s all about to change.

Last quarter, the world’s biggest technology company by revenue hit a brick wall as profits declined for the first time in years and its once unassailable smartphone market share slid from 32% to 25%. The problem is an age-old dilemma that I believe Samsung’s top executives are beginning to realize is unsolvable.

Samsung’s decision to leverage Droid’s enormous ecosystem of apps was a good one, but it has no control over the platform and now finds itself with few opportunities to differentiate. Ironically, Samsung is being done-in by its own strategy – Chinese giant Huawei is undercutting it on price. And as smartphones become commodity products, the Korean company is faced with inevitable profit and market share erosion.

This is not news to Samsung’s leadership. They are now launching smart phones and watches with their own proprietary operating system, Tizen, but that strategy is doomed to fail for one simple reason: Third party developers and customers alike are locked into Apple’s iOS and Google’s Droid ecosystems.

Even Microsoft (MSFT) – home to the venerable Windows operating system and pioneer of third party apps for personal computers – has been unable to get much traction in mobile. If Microsoft could not break Apple and Google’s stranglehold on app developers, Samsung has no chance.

Meanwhile, Apple is about to push the accelerator to the floor with 4.7” and 5.5” versions of its iconic iPhone and its first wearable, presumably named iWatch. Both products are expected to leverage the new HealthKit health and fitness tracking initiative and Home Kit home automation framework.

If that isn’t enough to keep the Apple faithful in the fold and get a few newbies to jump ship, the Silicon Valley company is poised to attempt what Google, EBay’s (EBAY) PayPal, and a host of startups have been unable to do: disrupt the mobile payment industry with a new service rumored to be called iWallet. Hands-free mobile payment could be the killer app that makes iWatch and iWallet a winning combination for a category killing wearable.

Speaking of breakthrough innovation, a midlevel manager at Apple once told me of a hot strategy debate at the company’s Cupertino headquarters: should they continue to spend beaucoup bucks on intellectual property R&D only to have it chronically ripped off by competitors? I told him it’s a foolish question. Of course, they have no choice.

Frankly, I never believed that Apple execs had any real doubts about how to handle Google and Samsung. Not surprisingly, they’re using a dual strategy: enrich the proprietary Apple experience with continuous innovation in hardware, software and services while simultaneously taking a page from the PC playbook and enabling a rich ecosystem of third-party app developers.

As long as Apple continues to execute on that two-pronged approach, Samsung and the other Android phone makers will be left to slug it out in what is bound to become a brutal price war not unlike the one we saw among personal computer clone manufacturers back in the day.

Look how that turned out. Apple is now on top of the combined PC and tablet market with 20% share. And although Samsung has doubled Apple’s market share in smartphones with Huawei a distant third, mark my words, I would not be the least bit surprised to see the latter two close in on the leader over the coming quarters.

I hope Samsung puts some of the record profits it has reaped in recent years away for a rainy day because it is about to pour in Seoul.