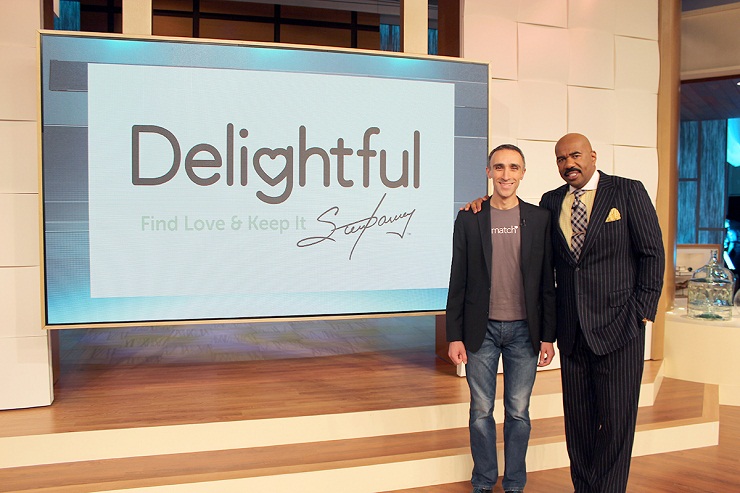 In theory, the advent of internet dating should have been a big win for gender equality. A free and transparent marketplace where women can seek out any sort of connection they fancy, from casual sex to death-do-us-part, and exercise all the same rights and powers as men — it’s a vision Gloria Steinem might have authored.

If the perfectly level sexual playing field of Match.com, Tinder and their ilk hasn’t noticeably improved the lot of womankind, there’s a simple reason for it. And Steve Harvey, the comedian and talk show host, thinks he’s got it pegged.

“Women are wired differently,” he says.

Internet dating is great for people interested in going on a lot of dates — which means, says Harvey, that it’s great for men. “The one thing I know about women is women don’t really want to just date,” he says. “They want to date with the hope that it leads to a relationship.”

Men are more interested in playing the field, he believes. “A man doesn’t have any problem at all dating several or a wide variety of people until he finds the right one,” he says. But women, as a rule, don’t want to do that, and the reason is scientific: “A lot of women have that biological clock that ticks in them.”

These hypotheses are not, it must be acknowledged, terribly original ones. Yet any woman who buys into them is bound to be disappointed by the online dating offerings out there — which is why Harvey is launching his own dating site. Called Delightful, it’s a joint venture with IAC, the company that owns Match.com, OkCupid, Tinder and a slew of niche-oriented matchmaking services. In addition to providing the animating philosophy, Harvey will supply articles and videos for subscribers hoping to “find love and keep it,” as the tagline has it.

Delightful grew out of a preexisting relationship Harvey had with IAC, as a spokesman for its site BlackPeopleMeet. Looking to negotiate a new personal service agreement with the company, he met with Match CEO Sam Yagan. “As I heard him talk about relationships, he had a real passion around love and how to develop love after the first date,” Yagan recalls.

As it happened, Yagan had been thinking of ways to build out IAC’s suite of dating products to include something that might keep users around after a successful introduction. “There’s no dating brand out there that puts the L-word front and center,” he says. “I thought Match should have a love-oriented product.”

Per Harvey’s Mars -versus-Venus reading of gender politics, Delightful will cater primarily to women, but also to men with a womanly interest in settling down. For women, there will be advice columns on topics such as “how to become more dateable”; for men, instructionals on being the kind of man who knows how to treat a woman.

Women, he says, are apt to wax poetic about finding a soulmate but undermine themselves by being too picky in the parameters they use to screen candidates. “Your soulmate, the man of your dreams, may not live an hour away,” he says. Men, meanwhile, need tutoring in the fine points of chivalry, like always walking in between one’s date and the street to protect her from traffic. “It’s sad to say, but the divorce rate in this country is so high, there are a lot of young men out there, quality men, who’ve never been told, ‘Hey man, this is the proper way to treat a lady,’” he says.

Both sexes ought to understand that, if they’re looking for a spouse, they shouldn’t waste their time on Tinder or other high-volume, low-investment dating apps. “Now, you can hit it, just like you can go to Vegas and hit the triple sevens on the Super Lotto, but you’re going to have to put a lot of coins in it,” he says.

If some of this sounds like the conventional wisdom of 50 years ago — or even strikes you as retrograde gender-determinist claptrap — that doesn’t necessarily mean delightful’s not for you, says Harvey. “We’re not looking for one specific person, per se,” he says. “If you’re in a period of your life where you don’t feel like you need a protector, we can probably find you a guy who doesn’t want to be a protector.”

“It’s not like we’re standing behind everything he’s ever said,” says Yagan.

And it’s not like Harvey is setting himself up as a sage, just as a guy who’s been around the block a few times and written a massively popular advice book about what he’s learned. Asked about the source of his wisdom, he says, “The majority of mine came from failure, to be honest with you. I’ve come to learn in my life that failure’s a wonderful teacher. I’ve scooped a lot of the dog poop off the sidewalk so you wouldn’t have to step in it.”