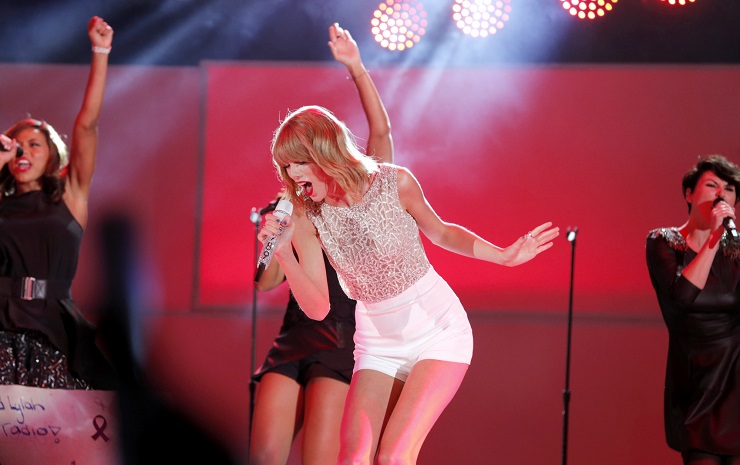 She may not be a native New Yorker, but Swift’s already giving back to her adopted city

“Welcome to New York,” the first track on Taylor Swift’s new album 1989, has gotten some blowback from those who’ve lived in New York for longer, and under less luxurious circumstances, than Swift herself (who bought an apartment in Manhattan earlier this year). The Village Voice described the city of Swift’s song as “generic, flat, and lifeless a New York as has ever existed in pop culture,” saying the song could as easily be titled “Welcome to Des Moines.” That the tourism department of New York City named Swift a “global welcome ambassador” this week only added to the mockery: Who was Swift to be singing about a city in which she’d just arrived?

But those who thought Swift would be silenced forgot how good she is at shaking things off. Swift announced, in an appearance on The View today, that she would be donating all of the proceeds from sales of “Welcome to New York” to the city’s public schools. It’s both generous and a canny P.R. move, immediately obviating the first significant criticism she’s faced in the 1989 roll-out.

This will likely do nothing to assuage the critics of Swift’s aesthetics or the role she’s taken on as a spokesperson for city tourism. (The haters, as they say, gonna hate.) But it’s a declaration of her citizenship that would seem to solve the conundrum of how Swift has the gall to sing about New York. She may not know the ins and outs of ordering sandwiches at bodegas and may not have a MetroCard, but Swift has committed what is likely to be a huge amount of money to bettering the lives of those who have lived for years in her adopted city; for all Swift can be critiqued as making New York seem dull and safe to outsiders and potential tourists, she’s also set to do more than most of her critics in changing life in the city.