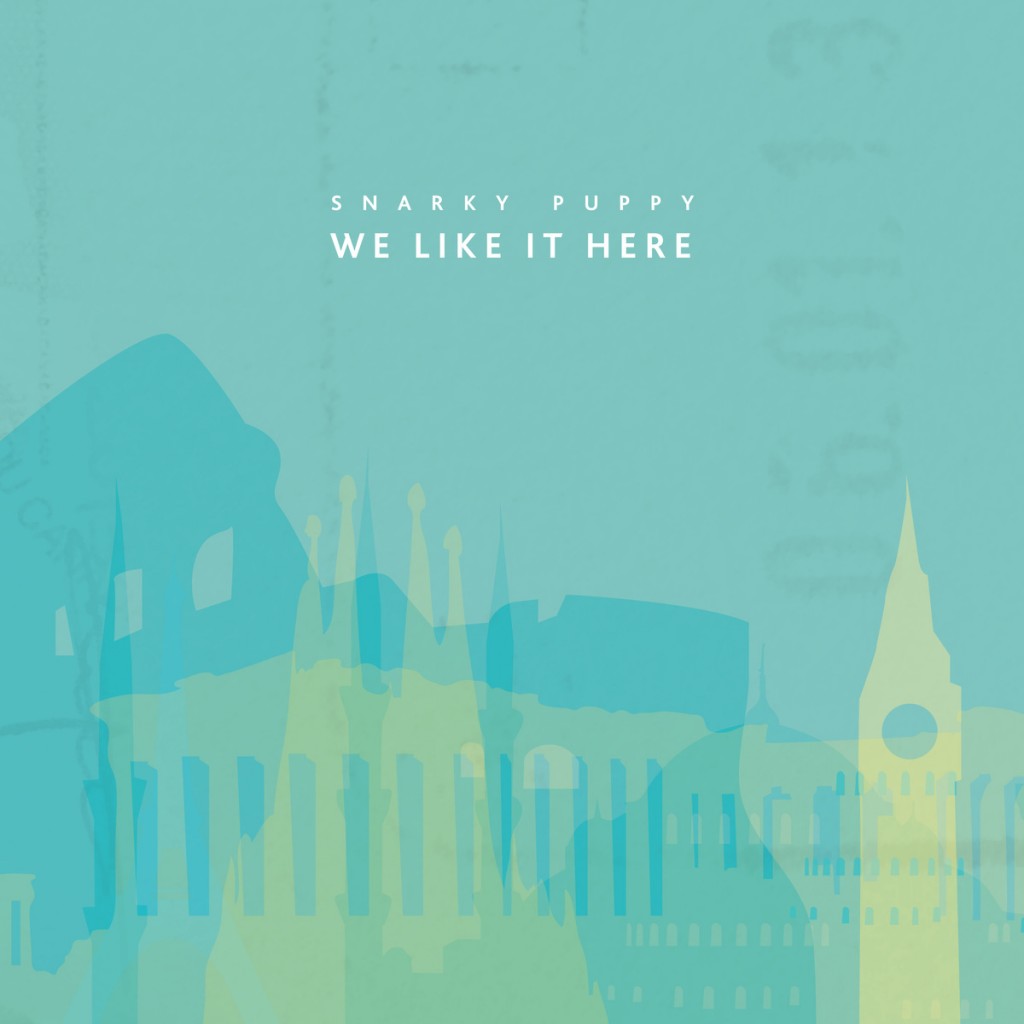 Snarky Puppy is one of the most unlikely bands to make a splash in the hip-hop and saccharine-sweet pop saturated music scene of 2014. Their music spans multiple genres, integrating elements of jazz, funk, fusion, R&B, soul, and rock to create a purely musical experience unlike any other band that I am aware of. The first thing that you should know about Snarky Puppy is that they aren’t really a band, but more of a collective of nearly 40 otherworldly talented musicians who flow in and out of the group depending on engagements with big name artists like Erykah Badu, Snoop Dogg, Marcus Miller, Roy Hargrove, and Justin Timberlake.

Snarky Puppy is led by bass player and composer Michael League, who is widely known as one of the hardest working individuals in the music scene since James Brown (Snarky Puppy played 184 performances in 18 countries last year).  Snarky Puppy released their first album in 2006 and now boast a total of eight albums and a Grammy Award for Best R&B Performance of 2014. We Like It Here is Snarky Puppy’s most recent album. The album was simultaneously recorded and performed to a live studio audience in Utrecht, Netherlands, which is an extremely rare and impressive concept, especially considering the intricacy and improvisational elements of their music. The music on Snarky Puppy’s We Like It Here is exclusively instrumental, which many people may be put off by in theory, but something about Snarky Puppy’s absurdly tight and virtuosic sound is accessible to music nerds, musicians, and casual listeners alike. I’ve done enough talking, though. Here are three highlight songs from Snarky Puppy’s We Like It Here.

Named after the Irish airline Aer Lingus, Lingus is easily the most groundbreaking and popular song off of Snarky Puppy’s We Like It Here. The song begins with a heavily groovy and dub step influenced riff in the bass and drums, which is completed by the horn section carrying an intoxicating melody overtop. It is really quite difficult to write eloquently about this song, or any of Snarky Puppy’s music for that matter, simply because their music is so elegantly arranged and all of the musicians are so ridiculously talented that when you hear them play, it just sounds right, like there was no other possible way it could have been played.

However, what does need to be mentioned is keyboardist Cory Henry’s solo, which starts at 4:18 in the video. A great solo is like a story with an exposition, rising action, and climax. Henry’s solo has all of this and more. If you were to plot out the contour of Cory Henry’s solo on a graph, the growth would be exponential. It simply grows and grows in intensity until it is finally over and the only think you can think to do is laugh. I understand that instrumental music like this can be a bit hard to grasp, but paired with the high quality video, it is impossible not become enthralled with the energy and elation of all the musicians involved. A great moment is at the end song when we see Cory Henry jumping up and down laughing, seemingly in disbelief of his own abilities.

Shofukan by Snarky Puppy is less in your face than Lingus, and not to mention about four minutes shorter. However, that is not say it is any less impressive. While Lingus boasted the absurd improvisatory skills of Cory Henry as well as an infectious, head bobbing groove, Shofukan is more of an exercise in beautifully contoured melodies and smooth timbres. The song begins with a droning guitar riff that is reminiscent of the sitar and eastern music. However, once the horn section comes in we are quickly reminded of Snarky Puppy’s unique compositional style and sound, at least on the album We Like It Here.

The star of Shofukan by Snarky Puppy is trumpet player Justin Stanton. His trumpet solo begins at 2:25 with the whole band dropping down low to give him the spotlight. His trumpet playing is exceptionally smooth, with a clear and powerful tone comparable to trumpet legends like Miles Davis and Clifford Brown. Stanton makes good use of long tones and virtuosic runs to craft a very dynamic and satisfying solo. My favorite part is at 3:10 when the bass drops out for just a second, making for a tense moment the Stanton fills in with a tastefully repeated riff. At 4:59 begins the memorable melody is the payload of the whole song, the moment that we have all been waiting for. It is especially enjoyable when all the instruments drop out and the musicians start singing the melody in unison. Check this song out and I bet you will be humming it all day.

Snarky Puppy – What About Me?

What About Me? by Snarky Puppy will appeal to the rock and roller deep down inside of you. While it is not Led Zeppelin or Pink Floyd tune, the driving drumbeat and active guitar riffs of this tune give it a distinctly high-energy vibe. By now I am sure you are familiar with Snarky Puppy’s jazz big band style horn arrangements – you will hear that in this song too.

The playing of drummer Larnell Lewis in Snarky Puppy’s What About Me? is exceptionally impressive. His phrases are groovy and his syncopation is markedly musical and not overly complex the way many drummers like to play for attention. Check out 2:27 in the video for a drum solo that will have you swinging your imaginary drumsticks all over the place. Guitarist Bob Lanzetti soon joins in on his dirty sounding Stratocaster, reminiscent of the fuzzy, distorted sounds of Jimi Hendrix. The drums and guitar share a joint solo the evolves into some of the most face-melting playing you can imagine – just remember that these musicians are improvising their solos, bringing this showing of musical talent to an entirely different level of impressiveness.

Overall, Snarky Puppy – We Like It Here is an eclectic and impressive showing of musical talent. It bends guardrails of what is possible in musical fusion and somehow makes instrumental music accessible to more people than just jazz nerds, or at least that is what I think. Snarky Puppy has a wealth of other music spanning many different styles. Music off of their other albums is distinctly different than We Like It Here, but is still distinctly Snarky Puppy. You can check out more Snarky Puppy YouTube videos on the Ropeadope Records channel, and don’t forget to follow the Snarky Puppy Tour.

You can check out the original post that inspired this one on the authors blog: ramilovesmusic.com

User rating: 99.00% ( 10
votes )
It Pays To “Think Different” About Apple’s Stock Price Are You Better Off This Thanksgiving Than You Were Last Thanksgiving?