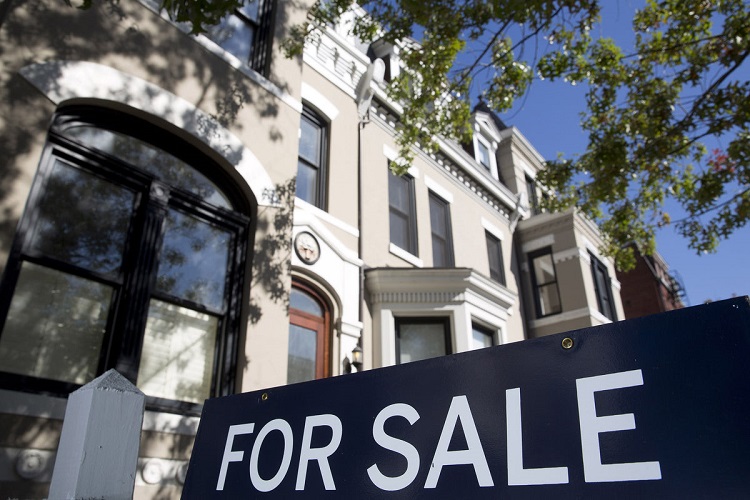 Bill Braswell is staying put in his Virginia home even though he could sell it for 10 times what he paid in 1980 and some of his retired friends are moving to warmer climates.

“I’m on boards and commissions and I enjoy that brain activity, so no, I don’t want to move to South Carolina or Florida,” said Braswell, 69, a retired federal civil servant, who lives alone in a four-bedroom Tudor home in Arlington. “I’m thinking of putting an elevator in so I can stay.”

Older homeowners have emerged as the pillar of the housing market following the collapse in 2008. The homeownership rate for Americans age 65 and over has remained at 80 percent while dropping for every other age group. Seniors typically have less mortgage debt than younger homeowners, more wealth than they had four years ago, and longer lifespans than a generation ago. So they’re staying in the housing market rather than downsizing into rentals or moving to independent senior centers.

“This group has been a ballast for the market,” said Chris Herbert, acting managing director at the Joint Center for Housing Studies at Harvard University. “If not for them, we would have seen a much lower homeownership rate overall, more homes on the market and more weakness.”

The homeownership rate — the number of owner-occupied homes divided by the number of households — was 80 percent in the third quarter for those 65 and over, little changed from the same period in 2008, according to Census Bureau data. Those under 35 have seen the biggest decline in homeownership, with a 12 percent drop to 36 percent, the data show. In 1982, the homeownership rate of every age group was higher than it was in 2013 — except for those 65 and over.

These Americans better withstood the financial crisis. They were more likely to have paid off their mortgage, less likely to face a job loss since many were retired, and positioned to reap gains in the rising stock and bond markets.

“They have a quadruple bonus — they benefited from real estate, the best in equity and bond returns, plus higher GDP per capita growth well before the crisis during the 1980s and 1990s,” said Amlan Roy, head of global demographics and pension research for Credit Suisse Group AG’s investment bank in London. “It’s unlikely to repeat.”

The percentage of older homeowners with mortgages has increased in the past decade, as has the amount they owe, partly because of refinancing and making smaller down payments, the Consumer Financial Protection Bureau said in May. In 2010, about 40 percent of those over 65 were making house payments compared with more than 70 percent of homeowners age 50 to 64, according to a report earlier this year by the joint center for housing.

As home prices have increased 21 percent since 2012, more older Americans are able to sell and buy another home rather than rent. The biggest jump in buyers this year was for the 65-to 74-year-old group, rising to 13 percent from 10 percent of all buyers from a year earlier, data from the National Association of Realtors show.

“They want to remain as homeowners now because it represents stability so they don’t have to deal with generating fluctuating payments for rent,” Mayer of Columbia said.

The percentage of renters who are 65 and over stayed the same at about 12.5 percent in 2013 compared with a decade ago, Census Bureau data show. For 55-year-olds to 64-year-olds, the percentage has increased to 12.4 percent from 8.5 percent.

More seniors are opting for homes within walking distance of urban centers that don’t require a car, said Michelle Winters, a visiting fellow for housing at the Urban Land Institute. And they want to be in places that are multi-generational and not just dedicated to retirees, she said.

Braswell, the former civil servant, said he wants to stay in his home because of the connections he has in his community. He’s been retired for 11 years and receives Social Security as well as a pension from the federal government. He paid his mortgage off about 20 years ago.

“As health is improving, people are able to stay in their own homes longer with these adjustments, whereas before we might have seen them moving out to nursing homes or in with family members,” said Danielle Hale, director of housing statistics at NAR.

While older Americans are propping up the homeownership rate, they’re not helping the housing recovery as much as younger people would, said Celia Chen, a housing economist at Moody’s Analytics Inc. First-time buyers are more likely to stimulate homebuilding and economic activity, she said.

If more first-time buyers don’t return to the market, older owners or their estates could be stuck with homes when they finally try to sell, said Dowell Myers, a demographer and professor at the Sol Price School of Public Policy at the University of Southern California. First-time buyers accounted for about 33 percent of home purchases this year, the lowest share since 1987, according to a NAR survey released last month.

“The younger generation at present isn’t up to the task,” Myers said. “Too often we think millennials have their own problems, but they’re a problem for everyone older than they are.”

Braswell, who was in the Navy and still swims five days a week with a team and a coach, said he plans to live in his house for at least another decade.

User rating: 0.00% ( 0
votes )
Portland is keeping it weird by keeping Uber out, so we took an illegal ride Powell Industries Tops On Q4 Earnings, Revenue; Backlog Up