Portland is keeping it weird by keeping Uber out, so we took an illegal ride 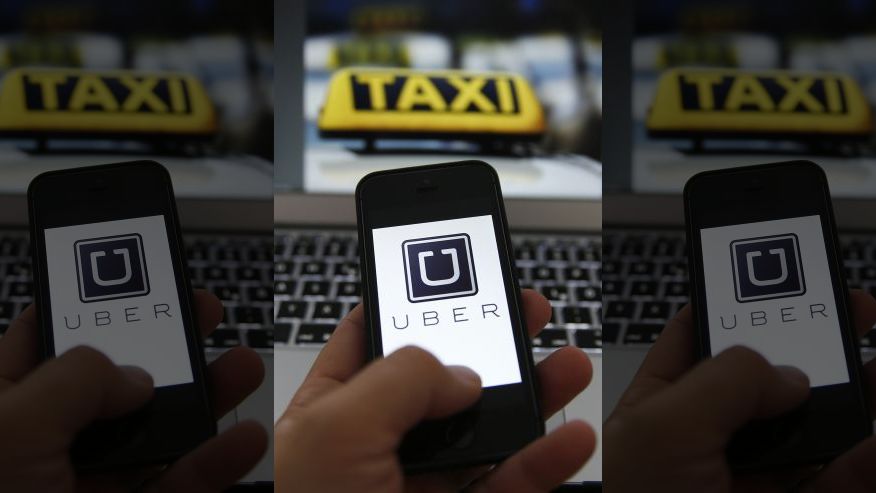 Last night, I took an illegal Uber X trip. If we were caught, the driver could have been written a ticket with a minimum of $2,250, and risked having his car impounded and spending a night in jail.

My driver, who we’ll call Bobby G at his own insistence, was skeptical about me from the moment I tapped on his window for him to unlock the door. With Portland code violation officers publicly attempting stings, he had every reason to be cautious. Officers have been attempting to e-hail Uber cars all weekend, but have had little success due to a simple flaw in the plan: Drivers can look out the window. Bobby said he scoped me out as he drove by, looking to see where I was coming from, who I was standing with, how long my trip was. It seems like profiling, and it is. But for drivers like Bobby G, there’s a real concern that your night could end in jail if you pick up the wrong person.

Yet they continue to pick up rides, both to make some extra cash and, for Bobby, a genuine belief that they’re doing something good.

“I worked an eight-hour day today,” Bobby tells me as we pull onto the freeway, “and driving this weekend I’ve met people from all different walks of life. Parents with their kids, young people going home from bars, and Portlanders just trying to get across town. The one thing that ties them together is they’re all grateful for the service, they’re glad to see me drive by to pick them up.”

Less grateful, it seems, are city officials. But Bobby wasn’t worried. “Uber has been in touch with us all day over text and email, telling us they’ll pay our fines, they’ll get our cars out of impound, and to Uber on.” This was basically the same sentiment Uber announced publicly when the company started operating in Portland illegally late last week, assuring drivers and partners it would stand behind them. “If I did pick someone up trying to write me a ticket, I would just pull over. It’s just a ticket, a minor infraction, and they can take my info and write me the ticket. I’ll get right back on the road.”

The pent-up demand for Uber in Portland might have something to do with the glaring deficiencies of the current, legally sanctioned taxi system. A Portland Revenue Bureau study from January of 2012 found that taxi drivers in Portland make an average of $6.22 per hour, working 12 to 14 hour shifts, six or seven days every week. “Long hours and low wages for taxi drivers are associated with poor customer service, unsafe driving, increased accidents, negative impacts to driver health and family life, as well as increased costs to the community.” That’s the city’s own report talking.

One of the biggest problems is scarcity. Since taxi permits were issued to companies in 1998, there has been only one increase in the number of total cabs, with very little attention paid to performance. In fact, each company has accepted the same number of permits ever year since, with a few new licenses being granted to a new, driver-owned, cab company. Applications to add any shuttle or taxi, even to an existing company, sometimes sit for years without any discussion or response.

So what’s preventing Uber from launching legally in Portland? The City of Portland.

In September of 2013, Uber pushed to get Uber Black, its luxury sedan and limo service, up and running in Portland as a means of working with local, already registered and insured, drivers. The company requested a few policy changes from the city, including asking to eliminate a mandatory one-hour window between when car service is booked and when a ride can arrive.

The issue was sent to a standing committee comprised entirely of transportation-company owners and managers. They not only denied Uber’s request for policy change, but unanimously voted to deny them any sort of transportation company permit.

The committee reported its decision to the Uber representative at the Private For-Hire Transportation Board meeting in January of 2014, with the board opting to pursue other software solutions instead. The agendas and minutes from these meetings are publicly available online, but only up through November of 2013 — whatever happened between the city and Uber between the request denied in January and the service starting illegally in December is anyone’s guess.

Read more: Portland is keeping it weird by keeping Uber out, so we took an illegal ride

User rating: 0.00% ( 0
votes )
How Holiday Shopping Can Help You With Home Shopping Older Americans a Pillar of Housing Market With High Ownership Rate