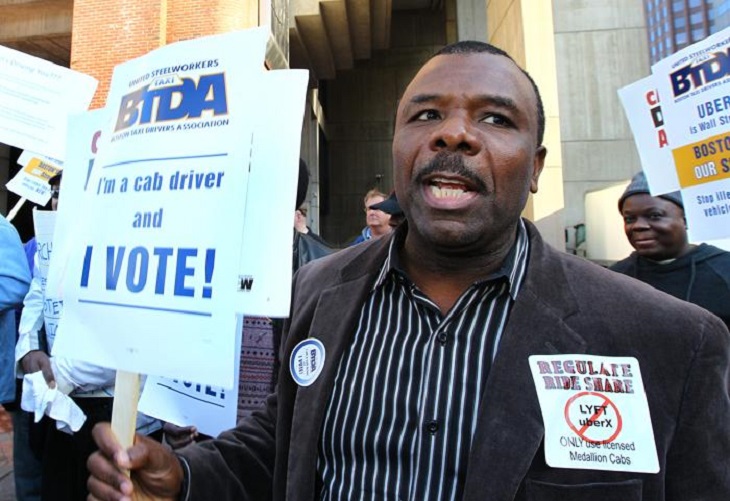 Uber and Lyft are often painted as enemies in the marketplace, but they’re also allies when it comes to facing regulators. On Monday afternoon, representatives for both ridesharing services sat next to one another to field questions about their services from the Boston City Council, at a hearing to explore how to best regulate ridesharing.

Meghan Joyce, the general manager of Uber’s Boston operations, and Katie Kincaid, Lyft’s manager of government relations, were asked to share data about the number of drivers using their apps, the amount of rides those drivers have provided in Boston, and other aspects of their services. Lyft and Uber’s UberX platform both allow car owners who pass background tests to use the service as a driver and pick up other users looking for rides.

Kincaid was cagey about sharing some of those figures, saying she was “not privy” to them and later saying that even if she had the numbers, the company considered them proprietary. Joyce was a little bit more willing to share, but was less than specific, saying Uber has provided “millions” of rides in the “last several months,” and that “tens of thousands” of drivers operate on the system locally.

Councilors Bill Linehan, Tito Jackson, and Josh Zakim each pushed for more details on local driver and ride figures, saying they would be important data points in understanding how ridesharing services should be regulated.

“I know it’s frustrating,” Joyce said of her inability to share more details.

“I don’t find it frustrating, I find it a little disingenuous,” Zakim said.

“It’s clear you have that information,” Zakim said later. “…I think, for me, it would be helpful.”

Uber’s Joyce acknowledged the class action lawsuit against Uber for an $8.75 surcharge for trips to Logan Airport, but declined to offer more detail due to the pending litigation.

The hearing was held through the council’s Committee on City, Neighborhood Services and Veteran Affairs. It did not include proposed regulations and was intended as the start of the discussion. However, it does seem likely that new rules will eventually govern ridesharing services in Boston. Boston Mayor Marty Walsh, who has said he supports rideshare services in the city, has convened a task force to discuss how to modernize livery rules. The task force, which also faced the council on Monday, will eventually release proposed regulations—though not before the end of this year, said Chris English, who is helming the task force.

Over the course of the afternoon, councilors also batted around whether Lyft and UberX drivers should be required to pay livery fees. Linehan also questioned Uber’s and Lyft’s use of surge pricing, which increases prices for rides when demand is high. Councilor Frank Baker was the most aggressive in questioning the services, asking whether the city could fine Uber or Lyft as companies every time a ridesharing driver picks up a user, and saying he thinks the companies “have to pay their fair share.”

Joyce said Uber is “very supportive of reasonable regulations” for “public safety and consumer choice.” Joyce cited recently passed regulations in Washington, D.C. as a model she supports. That policy requires deep background checks, and $1 million in liability insurance when the driver has a rider on-board or is on the way to pick the rider up. The move didn’t please everybody, as the taxi industry in D.C. said the ordinance “falls far too short in providing fairness.”

In the last year, ridesharing services have also reached regulatory agreements in Colorado and Seattle. They have also been banned in a number of places, most recently in Nevada.

Locally, in Cambridge earlier this year, the city’s licensing commission proposed regulations that would have more or less made ridesharing services illegal in the city. The proposal drew dozens of Uber supporters into a tiny basement room to shout down the plan. The department was left licking its wounds after withdrawing the proposed regulations shortly thereafter.