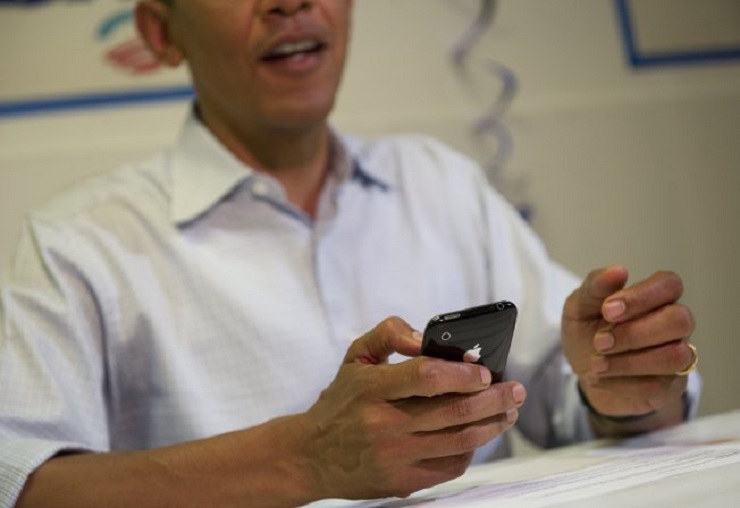 President Barack Obama is taking his pitch for greater cooperation in fighting online threats to a skeptical crowd in the heart of the nation’s tech sector Friday, hosting the White House Summit on Cybersecurity and Consumer Protection at Stanford University.

Obama has gotten positive signals from Republicans and the businesses community on his call to enhance public-private partnerships, but he still faces concerns from the industry about his administration’s commitment to digital privacy and about potentially excessive regulation that could stifle innovation.

The president is expected to use the event to announce an executive action directing more data-sharing on network threats between government and businesses, according to The Hill newspaper.

The action will likely “establish a regime that would give companies liability protection when they share cyberthreat indicators with information sharing and analysis organizations,” says Greg Nojeim, senior counsel at the Center for Democracy & Technology advocacy group. Obama has proposed legislation to encourage data-sharing between the government and companies, so the executive action “would further that effort” he says.

Headlining the summit with Obama will be Apple Inc. CEO Tim Cook, who will speak during the event, along with officials from agencies including the FBI, which has criticized the tech giant for encrypting new iPhones. Apple and Google announced last year they would encrypt their smartphones so they could not be compelled by law enforcement to unlock information stored on the devices, aiming to protect user privacy and regain customer trust damaged by the National Security Agency’s spying on Internet data.

Privacy advocates have called on Obama not to pressure tech companies to weaken encryption on the chance that it could yield data to fight terrorism.

“Encryption is one of our most important cybersecurity tools, and we can’t allow the short-sighted worries of some law enforcement officials to undermine the longer term goal of creating a truly secure Internet, which in itself will help prevent countless crimes,” said Danielle Kehl, policy analyst for the New America Foundation’s Open Technology Institute think tank, in an email.

But unlike Apple’s Cook, other top executives at key Silicon Valley companies declined invitations to the summit. Facebook’s Mark Zuckerberg, Yahoo’s Marissa Mayer and Google’s Larry Page will not attend amid the ongoing concerns about government surveillance. Facebook spokesman Jay Nancarrow said Zuckerberg is unavailable to attend and that Chief Security Officer Joe Sullivan will speak during a panel at the event.

Meanwhile, cybersecurity has been in the congressional spotlight early in the new session after numerous data breaches last year suffered by companies that include JPMorgan Chase & Co., Target Corp., Sony Pictures Entertainment, and most recently health insurer Anthem .

Bills on the topic in recent years have failed in part due to concerns that company data could wind up in the hands of government intelligence agencies. Nevertheless, Sen. Tom Carper, D-Del., on Wednesday introduced a legislative version of Obama’s data-sharing proposal, titled the Cyber Threat Sharing Act of 2015. ​​​​

User rating: 0.00% ( 0
votes )
Samsung and LG go to war over 4 damaged washing machines 8 Things You Need to Succeed When Working for Yourself