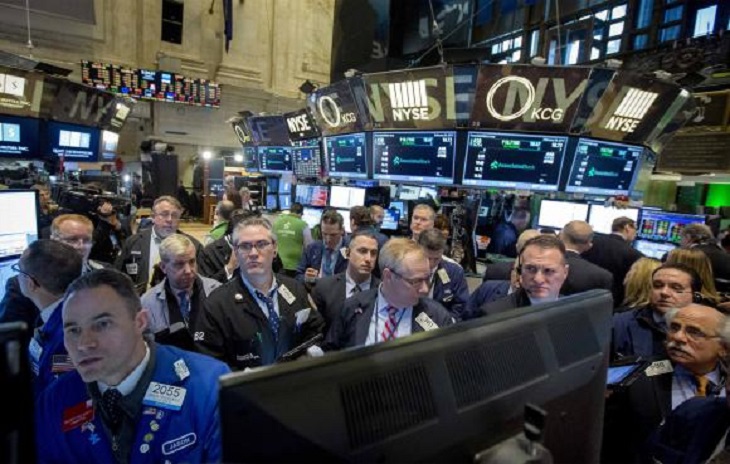 (Reuters) – U.S. stocks index futures pointed towards a flat open on Wednesday, after the Dow and S&P 500 climbed to their latest records, before a second day of testimony from Federal Reserve Chair Janet Yellen and data on the housing market.

The Fed chair told a congressional committee that the Fed is preparing to consider increases “on a meeting-by-meeting basis,” a subtle change that helps to lay a foundation for the central bank’s first rate hike since 2006, although the timing of the liftoff was still in question. Yellen’s second day of testimony is set to begin at 10 a.m.

“There is a pregnant pause in the market this morning,” said Peter Kenny, chief market strategist at Clearpool Group in New York.

“Markets are waiting to see if there is any further insight into the timeline in the normalization of rates, any shift in terminology that would indicate a more certain timeline or a significant shift in that timeline.”

Also due at 10 a.m. is new home sales data for January, with expectations calling for sales to dip slightly to a seasonally adjusted annual rate of 470,000 units after an unexpectedly strong 481,000 in December.

Along with lifting the Dow and S&P to their latest records, Yellen’s comments helped push the Nasdaq to a 10th straight advance, the longest winning streak for the index since July 2009. After a sluggish start to the year, the Dow is up 6.1 percent in February, the S&P is up 6 percent and the Nasdaq has rallied 7.2 percent for the month.

Target (TGT.N) reported a stronger-than-expected jump in same-store sales and profits for the key fourth quarter, and forecast modest earnings growth in the current quarter. Shares in the retailer rose 1.2 percent to $77.85 before the opening bell.

Hewlett-Packard (HPQ.N) shares tumbled 6.7 percent to $35.91 in premarket. The world’s No. 2 PC maker reported flat or lower quarterly revenue in all of its operating units after the close on Tuesday, and forecast full-year earnings well below analysts’ expectations due to a strong U.S. dollar.