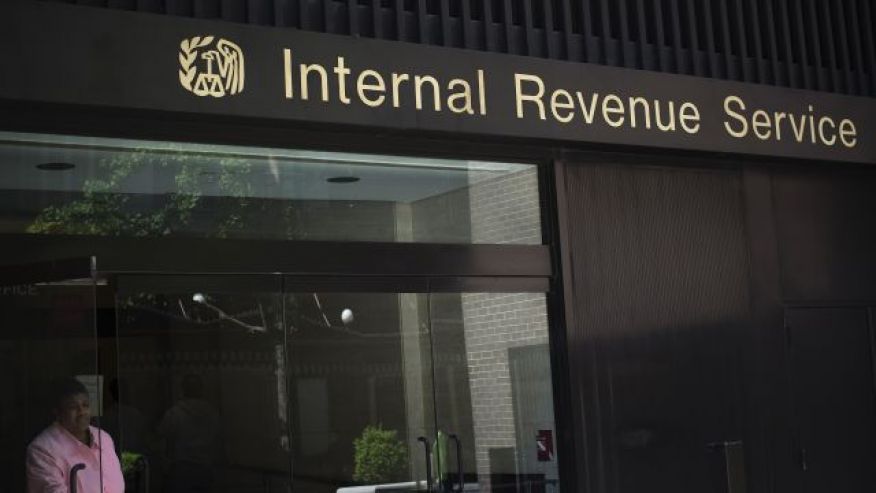 Our country is in trouble and the American people know it. The economy, despite improvements here and there, remains sluggish. We’ve never had such a punk recovery from a sharp economic downturn in our history. Incomes are stagnant, and millions of people have either dropped out of the labor force or have been forced to take part time jobs. The labor force participation rate is low, stuck at levels not seen for over three decades.

Three burdens are crushing us: a horrifically complex income tax code; an unstable dollar that suffocates job creation and thwarts peoples’ desire, in the words of Abraham Lincoln, to improve their lot in life; and a bureaucracy-ridden health care system that is giving people less choice while hitting them with frighteningly higher out-of-pocket expenses.

No one knows what’s in the code today, not even the IRS. The federal income tax code has become a plaything for lobbyists and special interests. It corrupts our political system and brings out the worst in us when we prepare our tax returns.

As was once famously said in a movie: we don’t have to take this anymore. That’s why we are launching Americans for Hope, Growth, and Opportunity (AHGO), a non-profit organization dedicated to big, common sense policy changes that will brighten the financial future of all Americans and get our country moving again.

AHGO supports the Flat Tax, sound money and patient control of health care. These basic ideas would have a profoundly positive impact on the U.S. economy and the daily lives of American citizens.

In what is supposed to be the land of the free, Americans are weighed down with non-stop taxation.

Get up in the morning and turn on the light, you pay utility taxes; turn on the water, more taxes; go to the kitchen and have a cup of coffee on which you pay sales taxes.

You take your car to work and you pay gasoline taxes and perhaps a toll or two.

Get to work and your salary will be hit with federal income taxes, Medicare taxes, social security taxes and (in most states) state income taxes.

Go to the store and buy something, not only will you pay sales taxes, but also, indirectly, business taxes.

Where do businesses get the money to pay their taxes? From you, the customer. Go home and open the mail, find a new property tax bill. Have a pet? Time to renew Fido’s license. Even death offers no relief. Inheritance taxes follow you into the grave.

Worst of all is the federal income tax, which by far does the most damage to our economy. The U.S. tax code itself is some 4 million words long; add in the attendant rules, regulations, and court cases, and you get several million more words. Since 2001, the code has been amended nearly five thousand times.

No one knows what’s in the code today, not even the IRS. Back in the days when the IRS answered its hotline, it gave inquiring taxpayers the wrong answer at least 25% of the time—and would hold those taxpayers responsible for the agency’s misinformation. The federal income tax code has become a plaything for lobbyists and special interests. It corrupts our political system and brings out the worst in us when we prepare our tax returns.

The IRS estimates that Americans annually spend six billion hours filling out tax forms, roughly the equivalent of three million full-time jobs. Imagine how much better off the world would be if all of that U.S. brainpower was focused on creating new products and services or medical research to find cures for diseases.

Fixing this dysfunctional, unfair, economy-strangling system must be one of the next president’s top priorities. The Flat Tax would do it. The AHGO Flat Tax plan would restore honesty, transparency, and fairness to the system. The rate would be 17% with generous exemptions for adults and children. A family of four, for example, would pay no federal income tax on their first $52,000 of wages and only 17% on each dollar earned above that. There would be no tax on savings and no death tax. You should be allowed to leave the world unmolested by the IRS. On the business side, the corporate rate would be cut from 35% to 17%. All capital investments would be expensed the year in which they were made.

A stable dollar is also crucial. A fluctuating currency hurts investment, which means a lower standard of living than we would have had otherwise. What if the Federal Reserve did to clocks what it does to the dollar—60 minute in an hour one day, 20 minutes the next, 75 minutes the day after? Life would be chaotic. Say a recipe for a cake calls for baking the batter 40 minutes. Are those nominal minutes? Inflation adjusted minutes?

For the first 180 years of our existence the dollar’s value was fixed to gold. We experienced enormous growth. Since we went off the gold standard in the early 1970’s, the growth of the U.S. economy has slowed. If the average growth rate of the gold standard era had been maintained for the past 40 years, the U.S. economy today would be 50% larger, that is, $8 trillion bigger than it is today.

AHGO will be advocating fixing the value of the dollar once again to gold.

AHGO is also firmly committed to the establishment of a health care system that actually works. Repealing ObamaCare is not enough. We have to implement patient-centered, free market reforms that put patients – not third parties – in charge of crucial healthcare decisions.

AHGO will be championing nationwide shopping for health insurance. Right now, Americans are not allowed to buy health insurance plans offered outside the states in which they reside. Our change would have hundreds of companies competing for your business. Another positive change would eliminate employer and individual mandates. These and other AHGO strategies would give patients freedom to choose their doctors, provide incentives for medical innovations and establish effective safety nets.