‘Get Hard’ movie review: Is Will Ferrell and Kevin Hart’s NOLA-shot comedy racist or not racist? 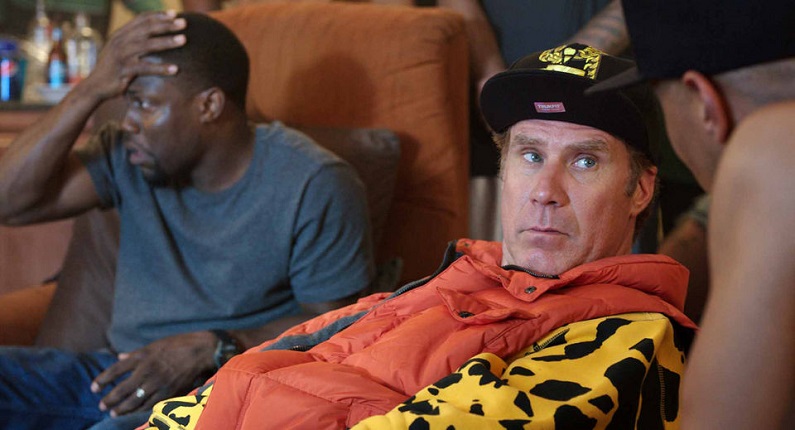 There are any number of unflattering invectives that can fairly be hurled at Will Ferrell and Kevin Hart’s comedy “Get Hard.” It is crude. It is juvenile. It is flat-out moronic. But “racist” and “homophobic” aren’t among them.

Those were the hot-button words used to describe the New Orleans-shot, Los Angeles-set comedy immediately upon its premiere last week at the South by Southwest film festival. But that was apparently either the work of a filmmaker who firmly believes the old adage about no publicity being bad publicity, or the opinion of someone who has trouble differentiating between racial humor and racist humor.

If that’s not enough of a red flag to warn off the comedically squeamish, there’s the film’s central storyline: Ferrell stars as a clueless and coddled investment banker named James who has just been convicted of a white-collar crime. Given 30 days to put his affairs in order before reporting for a 10-year hitch at the notoriously coddle-free San Quentin prison, he hires the only black person he knows — the guy who washes his car (Hart) — to “harden” him in the hopes he can avoid being sexually assaulted while in the hoosegow.

Because, you know, prison rape — LOL.

This is not high comedy. This is the kind of how-low-can-you-go humor upon which Ferrell has built his name — and his bank account — over the years.

But while “Get Hard” shows a willingness to walk right up to some fine lines in its attempt to shock its audience into laughter — including a dose of broad racial stereotyping for the sake of storytelling convenience — neither is it shy about subverting those same stereotypes.

The film’s big joke is that Hart’s character, a small-business owner named Darnell, is a perfectly normal guy. He is happily married. He has a beautiful daughter. His number-one priority is to raise the $30,000 for a down payment on a house in a decent school district.

“You’re a predatory lender, aren’t you?” he asks a bank official who just turned him down for a loan. “Then prey on me!”

He also knows absolutely nothing about prison life. He could no sooner provide instructions on how to drive to San Quentin than he could on how to manufacture a proper shiv.

All Ferrell’s character sees is a black man, however — and one wearing a hoodie, no less. Naturally, his thinking goes, a black man must have experience in stir. With the promise of a big payday, Darnell — with his khaki pants and his purple polo shirt buttoned all the way up to the top, Urkel-style — decides to pretend to be an expert on thug life.

Along the way, the targets of the film’s humor aren’t the film’s minority or gay characters. Rather, it’s Ferrell’s clueless one-percenter, a thorough boob whose behavior and broad, uninformed assumptions are held up as the height of absurdity.

It’s not the first foray into touchy territory for director Etan Cohen, who deserves points for bravery, at least. Making his feature directing debut here, he built his name as a screenwriter, most notably for penning the script to the 2008 comedy “Tropic Thunder.” That’s the same film in which Robert Downey Jr. played a pretentious, self-absorbed actor who is so “method” that he has his skin dyed in order to portray a black character.

That’s right: Robert Downey Jr. wore black face — for the whole film. In 2008. He also, however, earned an Oscar nomination for his performance, given the film’s sharp satirical component.

Unfortunately, if there’s a crime committed by “Get Hard,” it’s that it doesn’t cut deeply enough. Satire is best when it’s at its most biting, when it’s razor sharp. But instead of reaching for anything resembling a sharp, smart satirical blade — which, disappointingly, stays just out of the film’s grasp — it opts for wee-wee jokes and images of Ferrell pooping into a bucket.

As satire goes, “Get Hard” is fairly limp stuff. It also feels like one big missed opportunity.

Granted, it’s fun to see Ferrell and Hart work together. These are two comedy heavyweights, and their dramatically different styles mesh oddly well together. For all of its faults, there are, indeed, laughs to be had in “Get Hard.”

Is it funny enough to make for a wholly satisfying feature-length film? No, not really. Like so many films of Ferrell’s, “Get Hard” feels rushed and uneven. Many of the scenes feel like the offspring of a late-night brainstorming session, functioning largely as stand-alone comic vignettes that do little or nothing to advance the story.

That’s far from ideal — but it’s also a far cry from racist and homophobic.

Read more: ‘Get Hard’ movie review: Is Will Ferrell and Kevin Hart’s NOLA-shot comedy racist or not racist?