Samsung to Focus on Premium Products to Withstand Competition 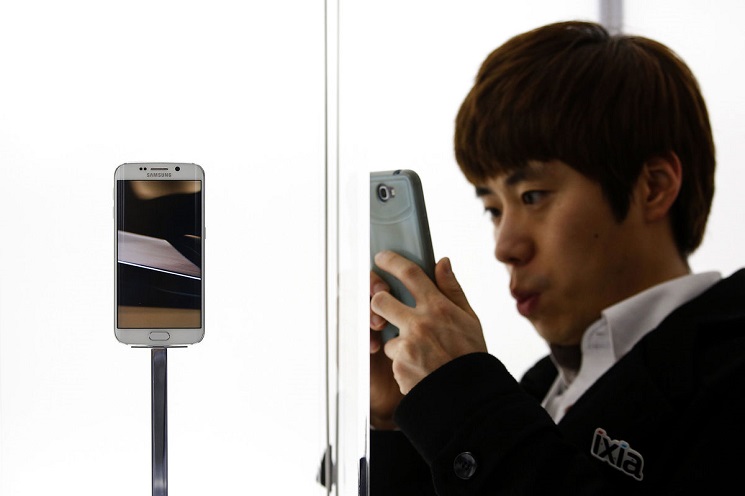 (Bloomberg) — Samsung Electronics Co. will use more premium materials in mobile devices to win customers and offer a wider range of connected devices after losing its outright lead in the smartphone market to Apple Inc.
The plan includes more smartphones with metal casings, slim designs and high-definition displays across its range of models, Co-Chief Executive Officer Shin Jong Kyun said at the company’s annual shareholder meeting in Seoul Friday.

Samsung’s unveiling of new Galaxy S6 phones this month has spurred a stock rally on expectations the company can revive earnings and stem a slide in market share that saw Apple surge into a tie for global leadership. The devices include the company’s own processor chips and a model with a screen that stretches from the front down both sides.
“Samsung Electronics aims to consolidate its leadership in the premium market and plans to newly change the smartphone line-up to strengthen competitiveness,” said Shin, who heads the mobile phone business.

Apple tied Samsung with 19.6 percent of the global market in the fourth quarter, Strategy Analytics Inc. said in January.

Kwon Oh Hyun, who leads the components business, said the company will try to tap new demand in the business-to-business market as well as smart home and health devices.

The Suwon, South Korea-based company is moving workers and boosting investment to build a future beyond mobile phones as it tries to create a hit from what’s known as the Internet of things, technology that stitches together phones, cameras, sprinklers and roads.

Samsung is pouring more than $21 billion into capital expenditure this year to grab a bigger slice of revenue from the 1 billion handsets sold by rivals by supplying chips and displays.

The company expects uncertainties surrounding the global economy to rise this year while market competition on key products will further intensify.

Samsung in 2014 posted its first decline in revenue in nine years, while annual profit dropped for the first time in three years.

Net income will probably decline 4 percent to 22.2 trillion won ($19.8 billion) in the year ending December, according to the average of 41 analysts’ estimates compiled by Bloomberg.