Simon Rattle to lead the LSO: ‘It’s a homecoming’ 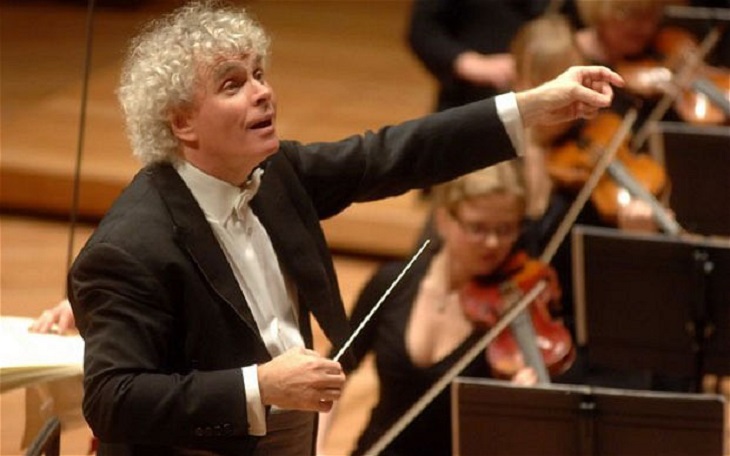 Simon Rattle is to join the London Symphony Orchestra, he has confirmed, saying: “It feels like a homecoming.”
He will take over as music director in September 2017, combining the job with his last season at the Berlin Philharmonic.

Sir Simon, 60, said it will be his “last job”. He has spent the last 12 years in Berlin, widely considered to be the best orchestra in the world. Asked if the LSO matched up to the same standard, he gave a diplomatic reply: “I’m leaving a world class orchestra and I’m coming to another world class orchestra.”

He compared the two to fine wines: “Fortunately, there’s not only one kind of wine you can drink.”

And he added: “There are a few great orchestras in the world. Thank goodness, although people do put them in ranking order, it’s not like a snooker match. Each orchestra has different things to offer. In some ways these two orchestras are as different as you can imagine, and I find that completely wonderful.”
The management of the LSO said it was “a great day” for the orchestra.

“You have no idea how wonderful an orchestra like the London Symphony Orchestra can sound in a great concert hall,” he said.

His campaign for a new venue has the support of George Osborne, who announced a feasibility study into the idea.
Announcing his new appointment at a press conference at the Barbican, Sir Simon said coming to the LSO was not contingent on the hall being built.

But he will continue to lobby for the project. “It’s going to be incredibly important, not only for the orchestra and the city but the country as a whole – to be able to bring a new vision to music, one that can include as many people as possible.”

The LSO’s principal conductor, Valery Gerviev, stands down at the end of this year and the orchestra will be without a leader until Sir Simon takes up his post.

Sir Simon is the first to hold the title of LSO music director since Claudio Abbado in the 1980s. The role is greater than that of principal conductor, with education and outreach at its heart.