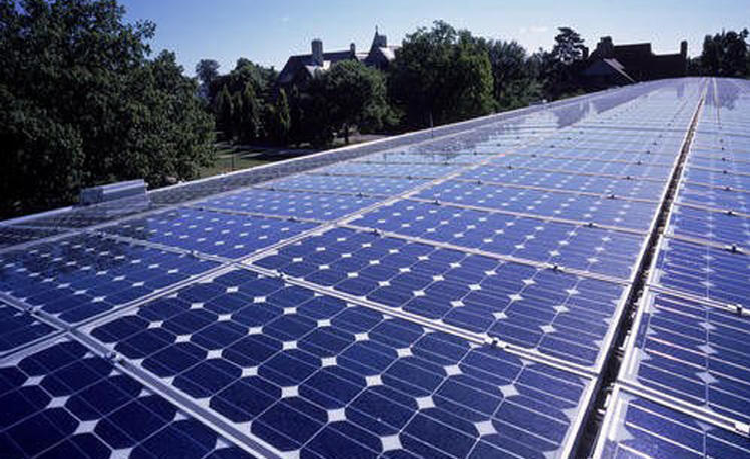 Saared solar, a concept that could make solar power available to the 80 percent of homes in Connecticut that are otherwise unsuited for it, appears headed for another rocky run through the state legislature.

Last year a bill authorizing shared solar melted down in end-of-session dramatics marked by bickering and finger-pointing over who was to blame for its failure. There were immediate vows to try again this year and many believe something will, indeed, pass.

But the effort is already strained by a new round of who-to-blame for legislation that establishes only two small pilot projects that extend to 2019 instead of a full program that builds on the scores of shared solar projects nationwide. Advocates have been further incensed by the Energy and Technology Committee’s apparent disregard for a study it commissioned by the Connecticut Academy of Science and Engineering (CASE) that advised going ahead with a full program, not a pilot.

“What happened is exactly what I expected to happen – a pilot of two – which is really very frustratingly insufficient given the opportunity for potential projects,” said Rep. Jonathan Steinberg, D-Westport, a committee member who has fought hard for a full program. “Better than nothing, but very little progress given the amount of effort that went into that CASE study.”

While Steinberg did not blame the state’s utility companies directly for scaling back the legislation from its original form as a full program, he noted their continued objections to it.

“A three-year pilot couldn’t have been better for them, and they couldn’t have written it better themselves,” he said. “If their strategy at this point in the game is a delaying or defensive action — it’s going to be a long slog.”

Shared solar – also called community solar – is essentially a virtual solar system for homes that cannot have their own solar panels because their roofs face the wrong direction, are too small, too shaded or otherwise obstructed. It’s also for apartments, condominiums, and rental units that generally can’t benefit from the other solar incentive programs.

Instead, a solar field is installed in nearby available space and homeowners subscribe to it. The local utility credits them for the solar, even though the power goes into the electric grid.

It’s being used in about a dozen states, including Massachusetts, where barely a year after the state’s shared solar program began, some 70 systems are somewhere in development, including two that are running and another half-dozen breaking ground this month.

Massachusetts is “Exhibit A” for people like Karl Rabago, executive director of the Pace Energy and Climate Center at Pace Law School and a member of the CASE study committee, who said there was no point in running a pilot program.

“We know how to build a solar system and divide the credit for its generation among multiple customers,” he said. “I don’t think there’s a good case to be made for starting real small on something that’s been done so many other places. With all we already know from other states, the real question would be what’s keeping you from providing that opportunity to so many more people?”

Rabago, who also spent decades in the utility industry, including as a regulator, is among many who believe that a key target for shared solar should be low-income customers, those who would benefit most from lower and more consistent electric bills and are likely least able to afford solar on their own.

One Hurdle At A Time

After having fought the losing battle for any kind of shared solar last year, Rep. Lonnie Reed, D-Branford, co-chair of the Energy Committee, said while she still wanted what she called a “full-on program right out of the box,” her first hurdle was getting a bill out of committee.

With a co-chair and two vice chairs raising concerns about a full program — along with other legislators, the governor’s office, the Department of Energy and Environmental Protection, the Public Utilities Regulatory Authority, the Office of Consumer Counsel and the Green Bank — she said she had to revert to a pilot program.

But the bill remains in negotiations, with Reed pushing for at least an expanded pilot that can scoop up low-income people and others, and move faster.

“I don’t want a pilot in perpetuity,” she said. “I want a quick pilot that’s relevant.”

With nearly 400 people submitting form letters to the committee in support of shared solar, Reed said it’s clear appetites have been whetted. “Now they’re educated, they want it and people who haven’t had access to it, want it,” she said. “We have to make it happen, and we have to make it happen as fast as possible.”

User rating: 0.00% ( 0
votes )
Google Gives More Reasons to Have a Mobile-Friendly Website What to Expect When Moving to Boston