House Flippers Are Back Together With Wall St. What Could Possibly Go Wrong? 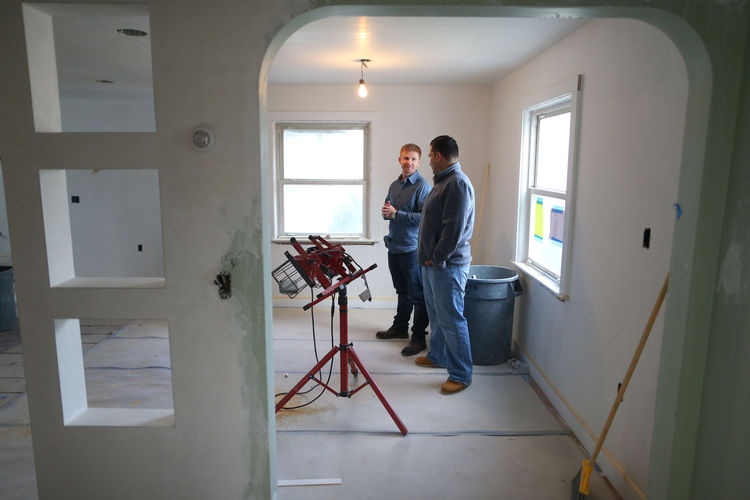 Real estate buyers seeking money to renovate and flip U.S. houses are getting help from some of the world’s biggest investment firms.

Colony Capital Inc., Blackstone Group LP and Cerberus Capital Management are among the companies that have started making bridge loans to investors who buy homes to sell them quickly for a profit. Borrowing costs — traditionally the highest in residential lending — are tumbling as the firms compete for customers.

The foray represents a deepening bet on the housing market by Wall Street-backed companies, many of which have built rental-home empires during the past three years and started specialty-lending businesses to finance smaller investors. Big firms with deep pockets and access to cheap capital may have an edge over local private lenders that have dominated flipper financing.

“It’s one of the few highly fragmented businesses left,” said Beth O’Brien, chief executive officer of Colony’s lending business, which started offering the loans last May. “If someone can do it nationally at scale, it’s cheaper and better for the borrower.”

Bridge loans, also known as hard-money or asset-based loans, give flippers cash for home purchases and construction with about a year to repay, and are backed by the real estate. They represent an opportunity of about $30 billion in origination annually, according to LendingHome, an online mortgage marketplace that makes short-term loans and sells them to investment firms such as Colony.

Blackstone, the world’s biggest alternative-asset manager, is seeking to make $1 billion of the loans a year, according to Nick Gould, executive chairman of the firm’s B2R Finance unit. B2R, started in 2013 to lend to landlords, earlier this year acquired Dwell Finance, which provides “fix and flip” funding.

Home flippers are benefiting from rising prices, limited new construction and a shortage of inventory on the market. While quick resales have decreased from the start of the housing market’s rebound, when investors snapped up discounted distressed homes, profits are getting bigger.

The average gross profit for completed flips in the first quarter was $72,450, up from $61,684 a year earlier and the highest in records dating to 2011, according to a report Thursday from RealtyTrac, a real estate data firm. Markets with the highest average gross return on investment included Baltimore, central Florida and Detroit.

Fix-and-flip investors have generally gotten funding from local private lenders as banks have shown reluctance to extend credit for speculative real estate deals. Borrowers are forced to pay high costs in exchange for the quick cash.

Since big investment firms have entered the industry, rates have already come down significantly and fees charged to borrowers, known as points, have decreased as well, according to Fred Lewis, founder of Dominion Group, a Baltimore-based real estate firm that has been lending to house flippers for about 14 years.

“Rates historically were much higher, typically 15 percent with three to five points,” Lewis said. “In the last few months we’ve seen deals being done at 10 percent and two points.”

The new lenders are focused on more experienced investors, many of whom have have established companies, rather than the amateurs that proliferated during the housing boom a decade ago. Today’s flippers are more sophisticated after the crash weeded out most of the weaker investors, Lewis said.

“These are ideal clients, with the potential to be repeat borrowers across a number of product lines,” said Randy Reiff, chief executive officer of Cerberus’s FirstKey Lending.

FirstKey started offering fix-and-flip loans about six months ago and is just beginning to expand the business. Interest rates generally range from 9 percent to 12 percent for 12-month terms. Borrowers often sell their homes and repay loans earlier, said Reiff, which means it takes a lot of effort to rapidly expand the business.

“It’s resource intensive, and it’s important to have an adequate infrastructure,” he said. “If the regional guys do $50 million of product a year, they could be a major player in their markets. For the larger institutions, that barely moves the needle.”

The hard-money market is getting crowded, which may lead companies to loosen their standards, said Mark Filler, CEO of Jordan Capital Finance, a lender acquired by credit investor Garrison Investment Group about six months ago. His business has more than 300 approved borrowers with credit lines.

“Everybody just jumped in,” said Filler. “The risk is people start to relax underwriting guidelines to chase loans. As this becomes more competitive, there will be more pressure to do that.”

A regional company such as Dominion competes on service when it can’t offer rates as low as Colony or Dwell Finance, Lewis said.

“We’re closer to the ground so we can lend higher loan-to-value and lend it faster,” he said. “If someone calls on Monday, they can be preapproved and funded on Friday. Institutional guys can’t do that.”

Borrowers such as Alex Sifakis, president of Jacksonville, Florida-based JWB Real Estate Capital, are willing to pay more for greater leverage. His firm buys about 40 homes a month and sells half, keeping the rest for rentals.
Dominion gives JWB 90 percent of the home’s purchase price and 100 percent of rehab costs, he said. That compares with 85 percent of both purchases and renovation it gets from lines of credit with institutional lenders, including Genesis Capital, which comes at 9 percent interest rates and two points. Los Angeles-based Oaktree Capital Group LLC invested $100 million in Genesis in January 2014.

“It’s a great thing to have more and cheaper money in the space,” Sifakis said. “It will cause some of these guys charging 14 percent and 4 points to lose a lot of business.”

Read more: House Flippers Are Back Together With Wall St. What Could Possibly Go Wrong?