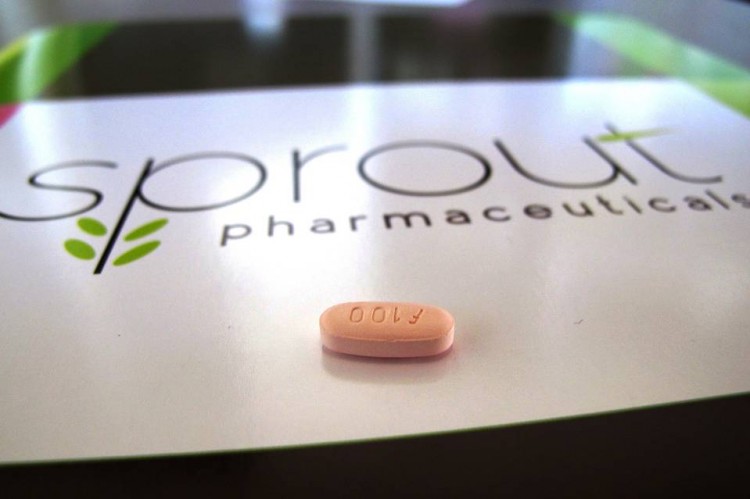 Will there finally be a Viagra for women?

A Food and Drug Administration advisory panel has recommended the first drug to help combat female sexual dysfunction. And Sprout Pharmaceuticals, which owns the pill, hopes agency approval will occur in mid-August.

Thursday’s 18-to-6 vote came with a big caveat—a program is needed to highlight worrisome side effects and interactions with other medicines. But the panel’s vote marks a turning point in women’s health.

The drug has been the focus of a long-running debate over the extent to which female sexual dysfunction is a genuine medical problem, whether medicines should be used for treatment and the extent to which the FDA would approve new drugs amid accusations of gender bias. “This condition has been mired in a lot of folklore and misconceptions,” said Cindy Whitehead, Sprout’s chief executive.

The drug itself has been controversial. Flibanserin has twice been rejected by the FDA. The first time occurred in 2010, when Boehringer Ingelheim owned the medication, and the agency decided the drug wasn’t sufficiently effective. The next rejection came two years ago after the FDA determined flibanserin showed only “modest” benefits in increasing sexual satisfaction.

Sprout responded by joining an online campaign called “Even the Score” that was formed with other drug makers and a coalition of consumer advocacy groups, which tried to pressure the FDA to approve more drugs to treat female sexual dysfunction. The initiative garnered some support in Congress, prompting a few lawmakers to meet with the FDA.

The campaign pushed the notion that the agency had approved more than two dozen medicines to treat erectile dysfunction but none to treat female sexual dysfunction, although the FDA has noted that there are 21 medicines already approved that contain estrogen to treat pain during sexual intercourse and vaginal dryness associated with menopause. These problems, however, are not the same as desire.

In documents filed prior to the meeting, Hylton Joffe, director of the FDA’s Division of Bone, Reproductive and Urologic Products, wrote that the “FDA rejects claims of gender bias and that such claims “are misleading and inaccurate.” The FDA did, however, provide a path toward approval by allowing Sprout to run short-term studies to test flibanserin for signs of driving impairment after taking the pill as well as its effects when interacting with other medicines.

The FDA advisory panel was underwhelmed, though, with the overall safety and effectiveness data demonstrated in the various studies that Sprout submitted. For instance, dizziness occurred nearly five times among women on the drug compared with a placebo. And sleepiness occurred more than three times as often, while fainting occurred twice as often on the drug.

The panel also expressed concerns over interactions with drinking alcohol. And while the drug showed a statistically significant improvement in the number of satisfying sexual events, the increase in desire was measured on a monthly, not a daily basis. Moreover, panel members noted the improvements were modest.

“It’s exciting we’ll have this in our armorarium… but we all wish it was a better drug,” said panel member Amy Whitaker, an assistant professor in the Department of Obstetrics and Gynecology at the University of Chicago.