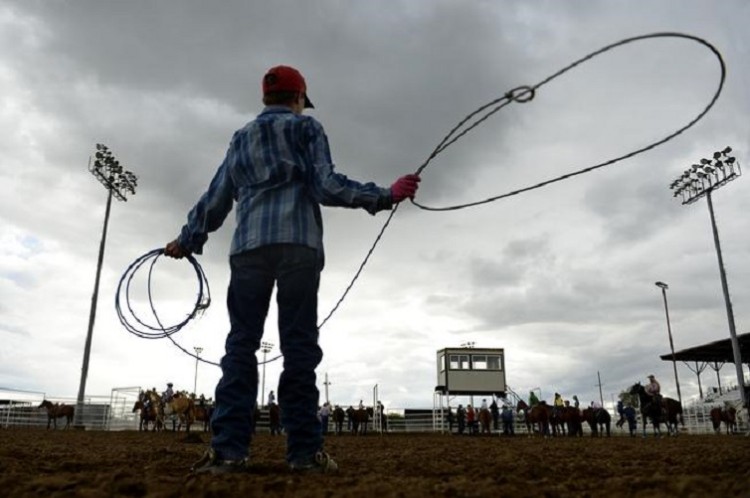 CRAIG —This tiny town was built on mining the rolling hills of northwest Colorado that surround it for coal and burning it to make electricity. Now, the community feels both its economic pillars under attack.

The Colowyo coal mine is facing a federal court ruling on its environmental assessment some fear could close the mine.

“Everyone is worried,” said mine worker Nick Davis, 32. “It is pretty tense out at the mine.”

Coal regions from Welch, W.Va., to Colorado’s North Fork Valley — where 500 mining jobs were lost in the last two years — are struggling.

But on top of the mine worries, Craig Station, the local coal-fired power plant, is facing new — and expensive — pollution rules, and surrounding Moffat County has been swept up in federal plans to preserve habitat for the dwindling sage grouse.

And so this community of not quite 9,000 — where a deer wandering downtown can cause a traffic jam near the Cowboy and Gunfighter Museum — finds itself at the intersection of big federal policies and rural America.

“If you were to draw a bull’s-eye in the West where everything is converging, it is Moffat County,” county commissioner Chuck Grobe said.

In July, the Moffat County commissioners are heading to Washington to meet with representatives of the White House’s Office of Management and Budget.

The meeting was arranged by Colorado Democratic Sen. Michael Bennet.

“We want to represent fly-over country,” said John Kinkaid, the county commissioner who sought the meeting. “It’s been like playing whack-a-mole with the federal government.”

In the last four years, as the coal market has softened, jobs in the three area coal mines have dwindled to 642 from 852.

Assessed real estate values for the county dropped 8 percent to $510 million between 2009 and 2014, during the same period the county lost 1,000 residents.

And yet in the midst of this sometimes panic-inducing uncertainty, Craig’s leaders are looking for an alternative path.

In April, Oxley and other local officials attended a “coal-reliant communities” workshop. “We aren’t as bad off as some of these communities that have lost thousands of jobs overnight,” Oxley said.

“We’ve been trying for years to diversify the economy, but the attitude has been ‘This is the way it always was,’ ” Oxley said. ” I think the county and city now understand.”

Craig is the Elk Hunting Capital of the World — it’s been trademarked — and Oxley said one element of the emerging strategic plan is to lure more outdoor businesses.

“But if the mine were to shut down, it would be totally devastating,” Oxley said. “I don’t think we could recover.”

The backbone of the town

Coal and power became the bedrock of the economy, with the three Craig units going online between 1979 and 1984.

Three-quarters of the assessed value in the county is the power plant; and coal, oil and gas operations, county assessor Chuck Cobb said.

“Growing up around here, what you aspired to is working in the mine or the power plant if you wanted to take care of your family,” said Davis, who started working at Colowyo seven years ago.