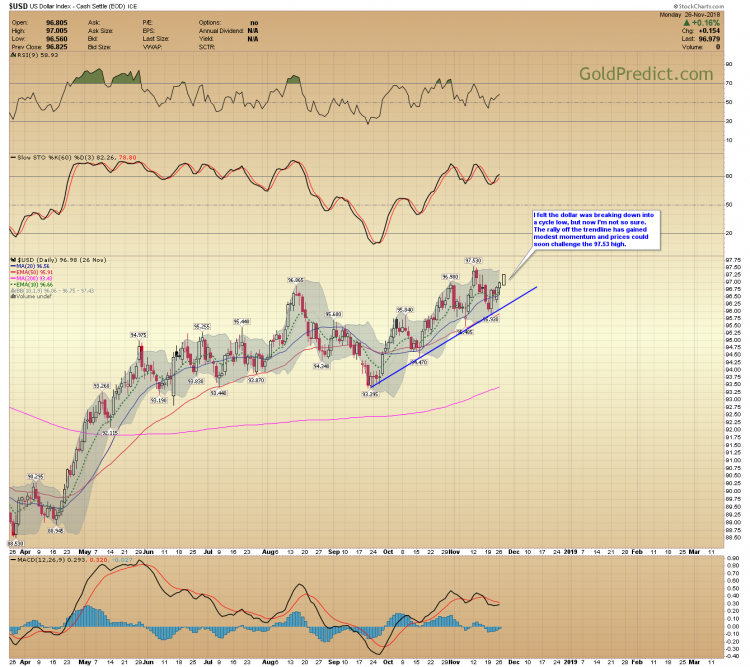 Metals and Miners finished lower, and it’s beginning to look like their cycles peaked. Follow-through has been elusive the last few months, so it’s best to proceed tentatively until prices close below their November lows.

Juniors look weakest followed by silver. If metals and miners are indeed breaking lower, then those two should lead the way.

It will probably take a little time to figure out if the gold cycle peaked. If it did, then I’ll expect a decline below $1167 and bottom in late December.

US Dollar –  I felt the dollar was breaking down into a cycle low, but now I’m not so sure. The rally off the trendline has gained modest momentum and prices could soon challenge the 97.53 high. 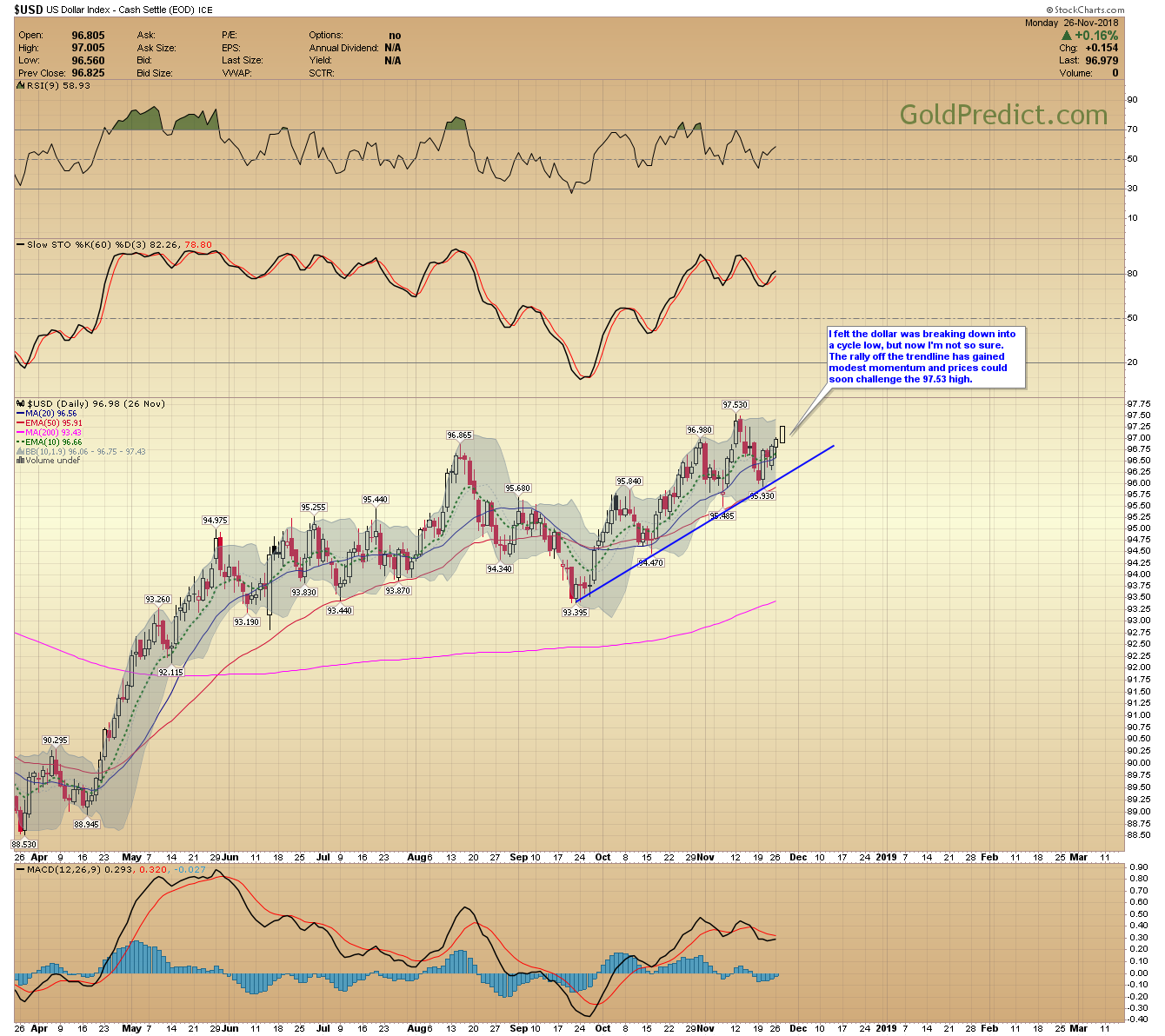 Gold – Prices closed below the 10-day EMA, and we have a swing high at $1230.90. It’s possible the 30-day cycle peaked on the sixth trading day. Closing lower again tomorrow would support this theory. However, a failed cycle won’t be confirmed until prices close below $1196.60. A failed cycled at this point would favor a decline below the $1167 low and bottom in late December. 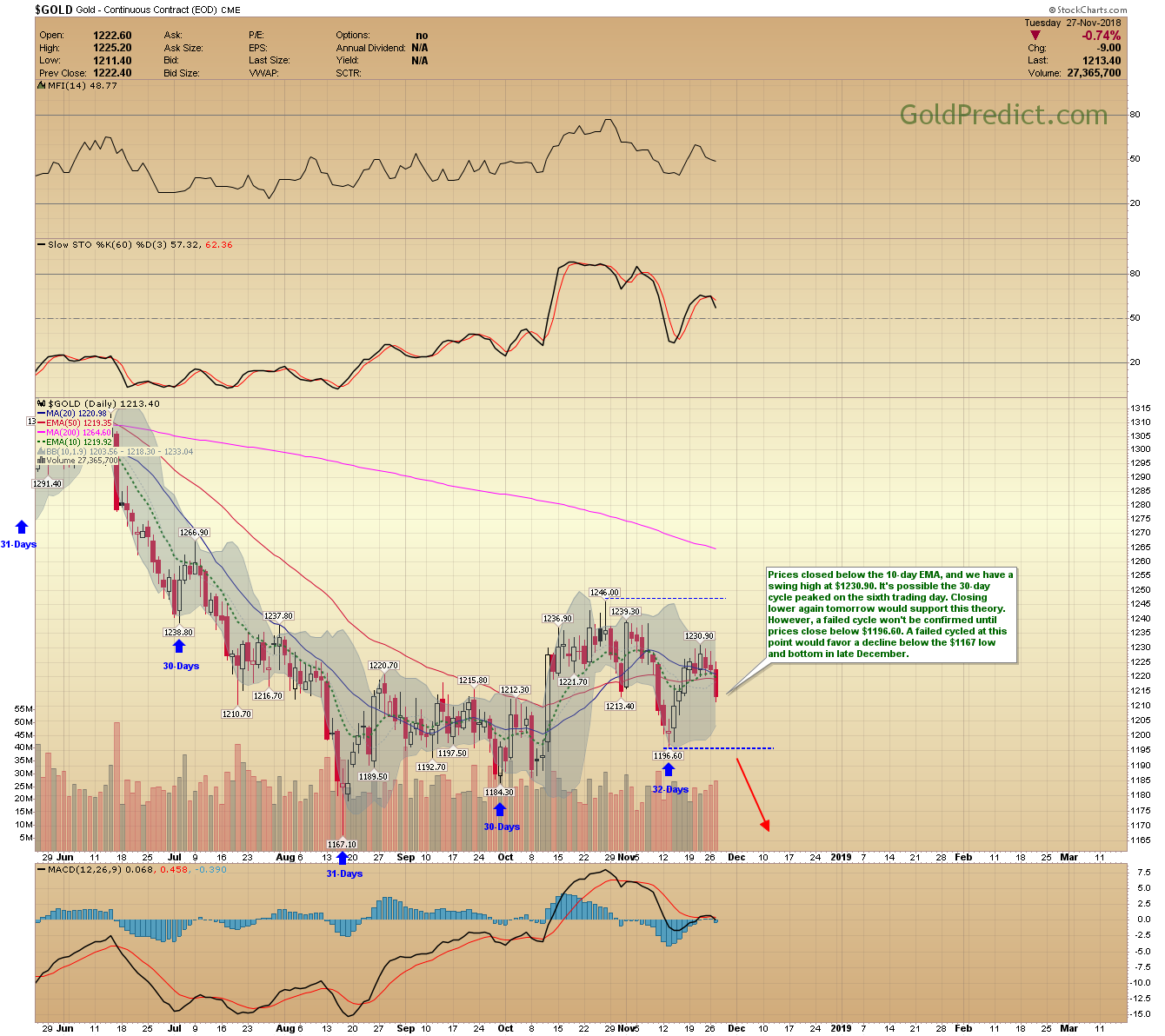 Silver – Silver has closed progressively below the 10-day EMA, and it’s possible the cycle peaked at $14.54, closing below $13.86 will confirm. If established, silver could remain under pressure until late December and likely breach the $13.62 low set in 2015. 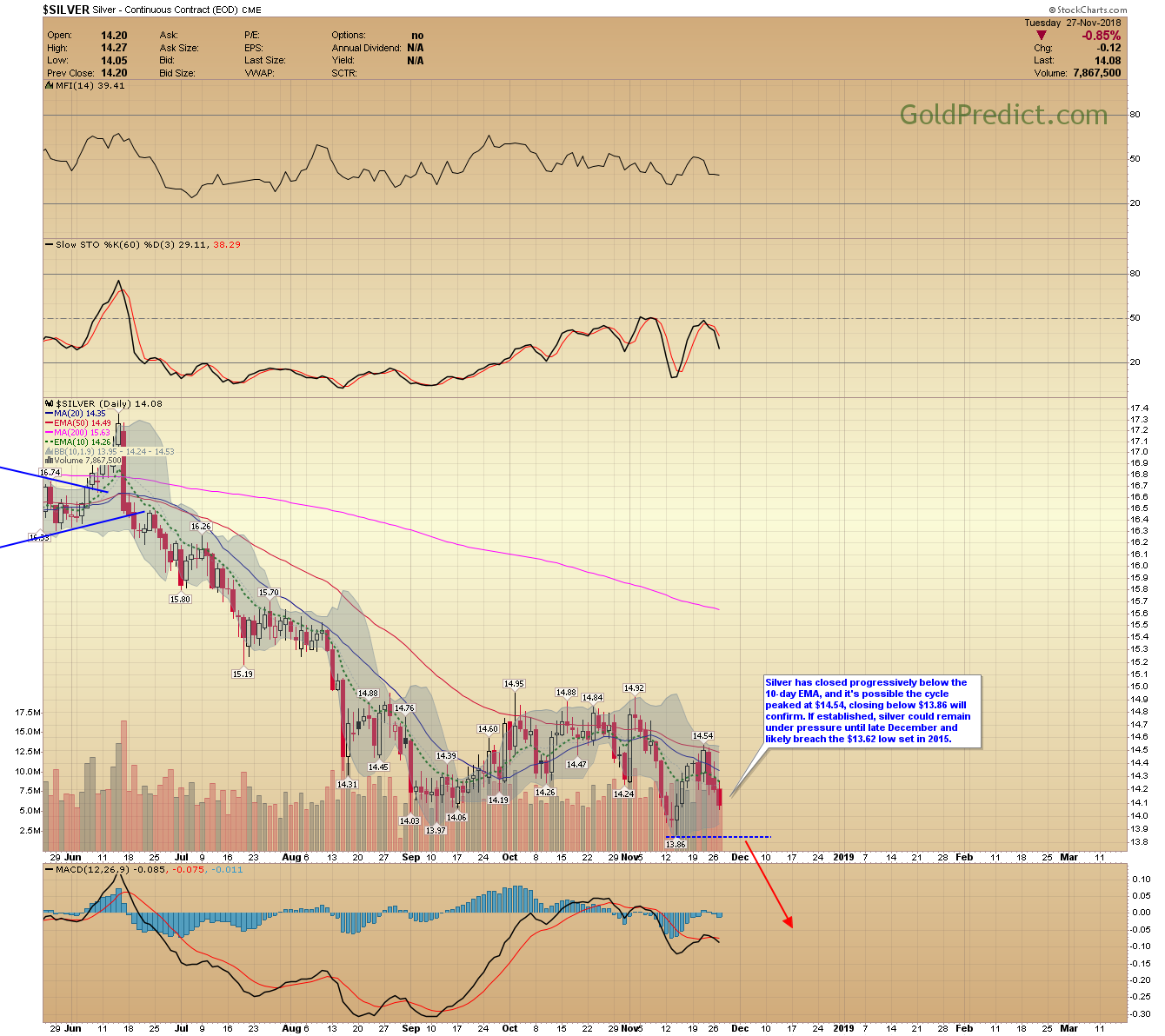 GDX – Miners closed below the mid-November gap, and the odds favor a rebound high at $19.92. Closing below $18.26 will confirm a failed cycle and support a decline into late December or perhaps January. 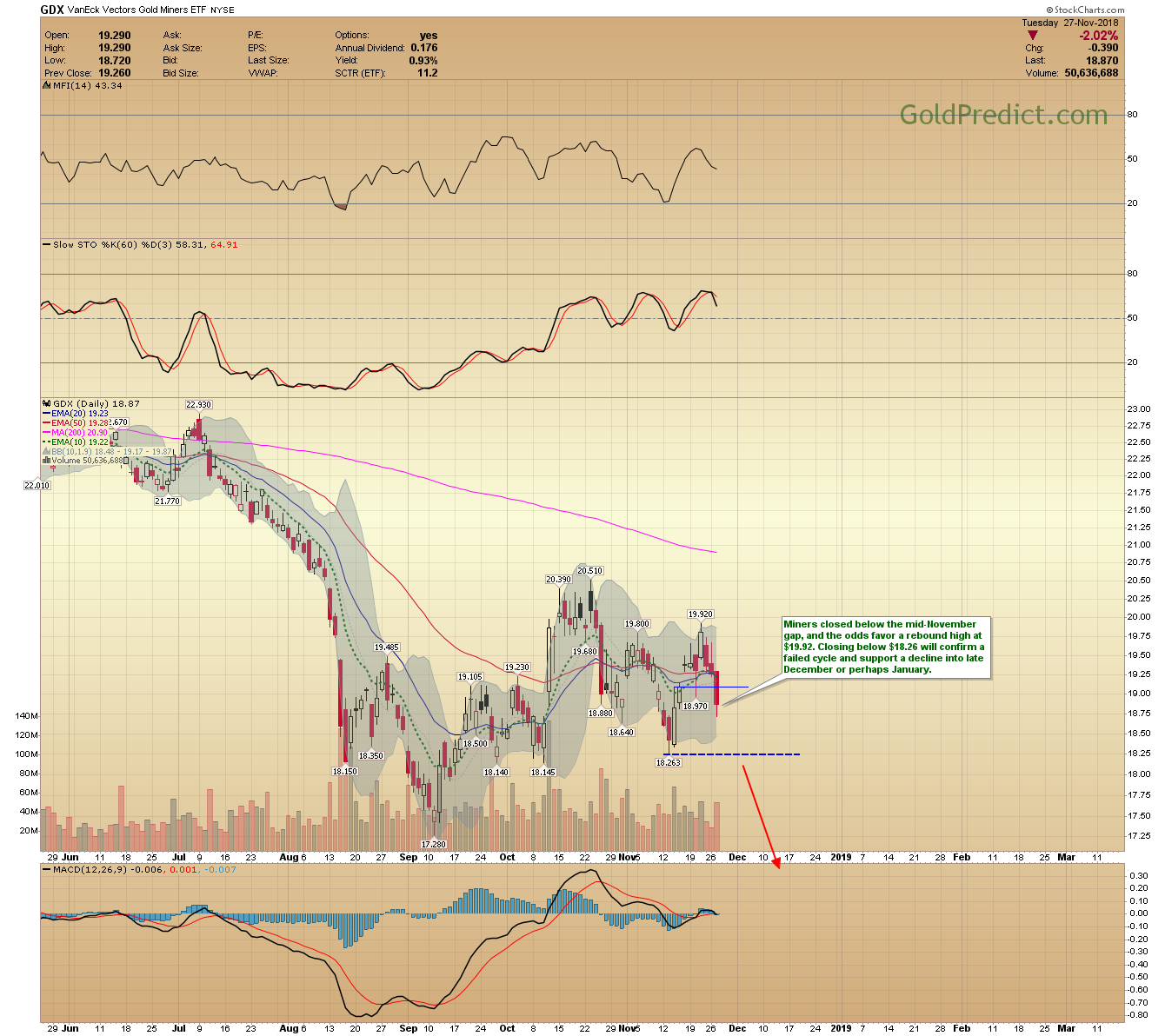 GDXJ – At the moment, it looks like $28.24 is the rebound high and juniors are on the verge of a breakdown to new lows. Progressive closes below $26.00 will install the next downswing.