Farm Bankruptcies Soar In The Midwest 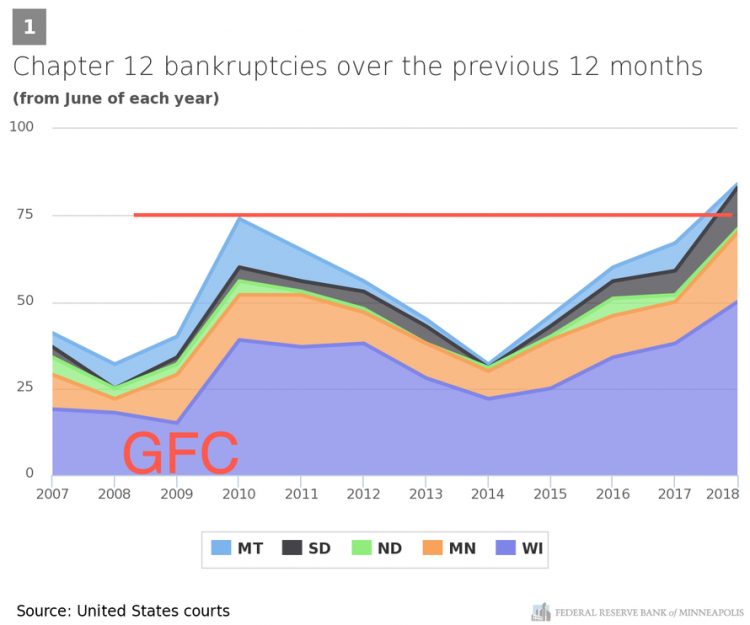 Eighty-four farms in the US Midwest region covered by the Minneapolis Fed’s Ninth District states (Minnesota, Montana, North and South Dakota, Wisconsin and the Upper Peninsula of Michigan) filed for chapter 12 bankruptcy in the 12 months that ended in June – more than twice the level observed in June 2014, according to a new report from the Federal Reserve, surpassing the prior peak hit just after the GFC. 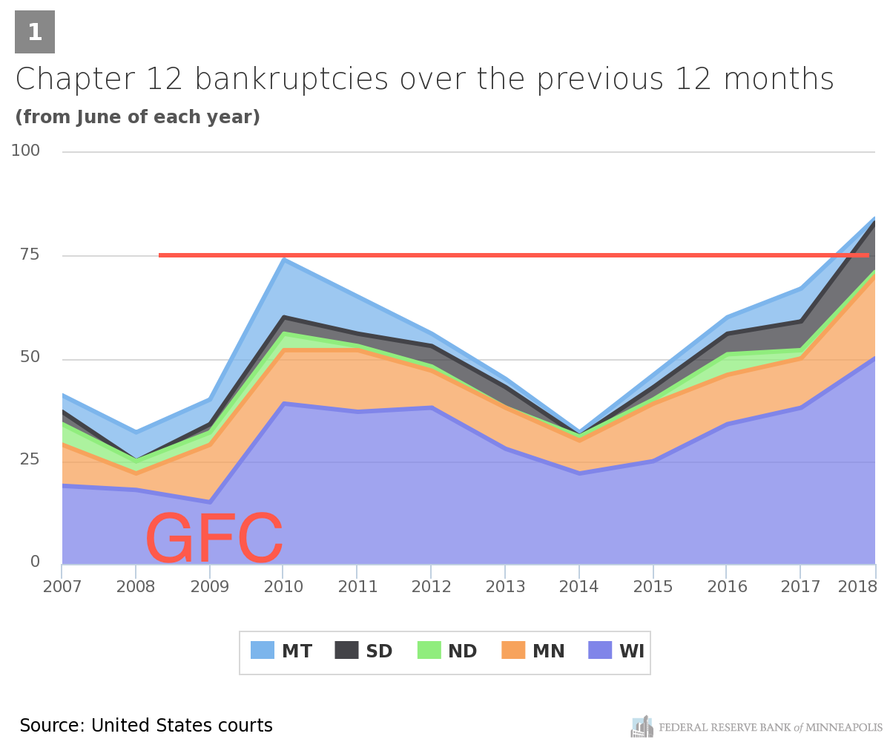 “Current numbers are not unprecedented, even in the recent past, having reached 70 bankruptcies in 2010. However, current price levels and the trajectory of the current trends suggest that this trend has not yet seen a peak,” Ron Wirtz, an analyst at the Minneapolis Fed, wrote. 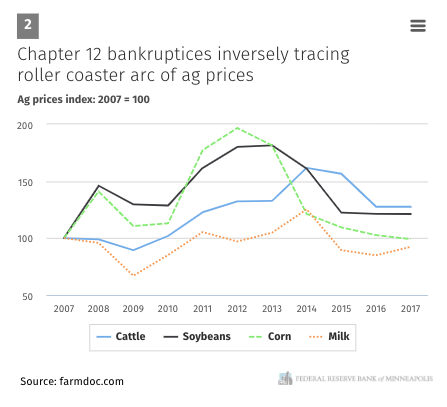 As shown in the chart above, some of the problems predate President Trump’s trade war with China.

One culprit is that demand for corn and soybeans has not kept pace with increasing supply from industrialized farms over the current economic expansion.

Some chapter 12 filings reflect low price levels for corn, soybeans, milk and even beef, but the situation had dramatically worsened since the trade war started earlier this year, and accelerated when China began slapping retaliatory tariffs on American soybeans.

Meanwhile, as the Fed notes, not all Ninth District states are feeling the same effects.

Wisconsin, for example, is seeing about 60% of all bankruptcies. It appears that bankruptcy filings have been unusually high among dairy farms. Mark Miedtke, the president of Citizens State Bank in Hayfield, Minn., said bankruptcy had not reared its head for borrowers in his region of southeast Minnesota, but farmers are certainly feeling the pinch.