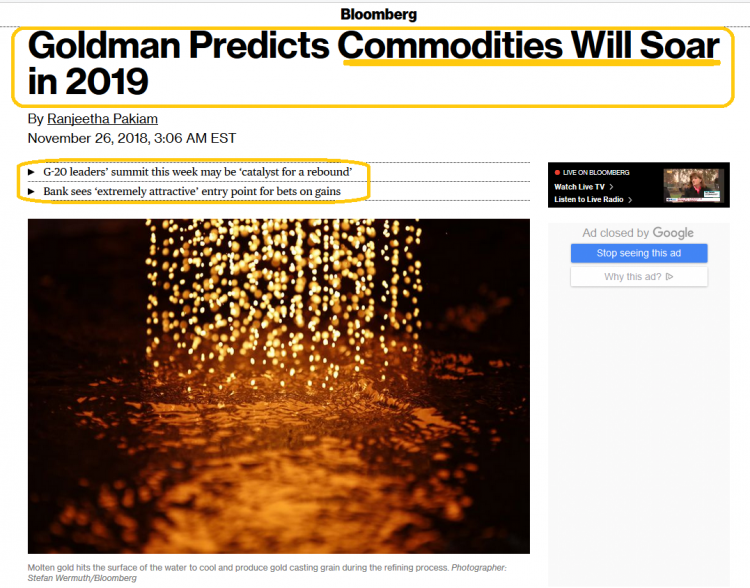 The next Fed meet (and rate hike) is December 19, and just weeks after that, US president Donald “The Golden Trumpster” Trump may be set to unleash a new round of inflationary and growth-crushing tariffs.

It’s not easy (to put it mildly) for American business to create new factories to replace the products made by highly productive Chinese factories.

So, for 2019, most top US bank economists and money managers are slashing their US GDP growth forecasts and raising their inflation forecasts.

Most big-name economists in America see US GDP growth sliding to sub 2% by mid 2019 while inflation stages an “upside surprise”. 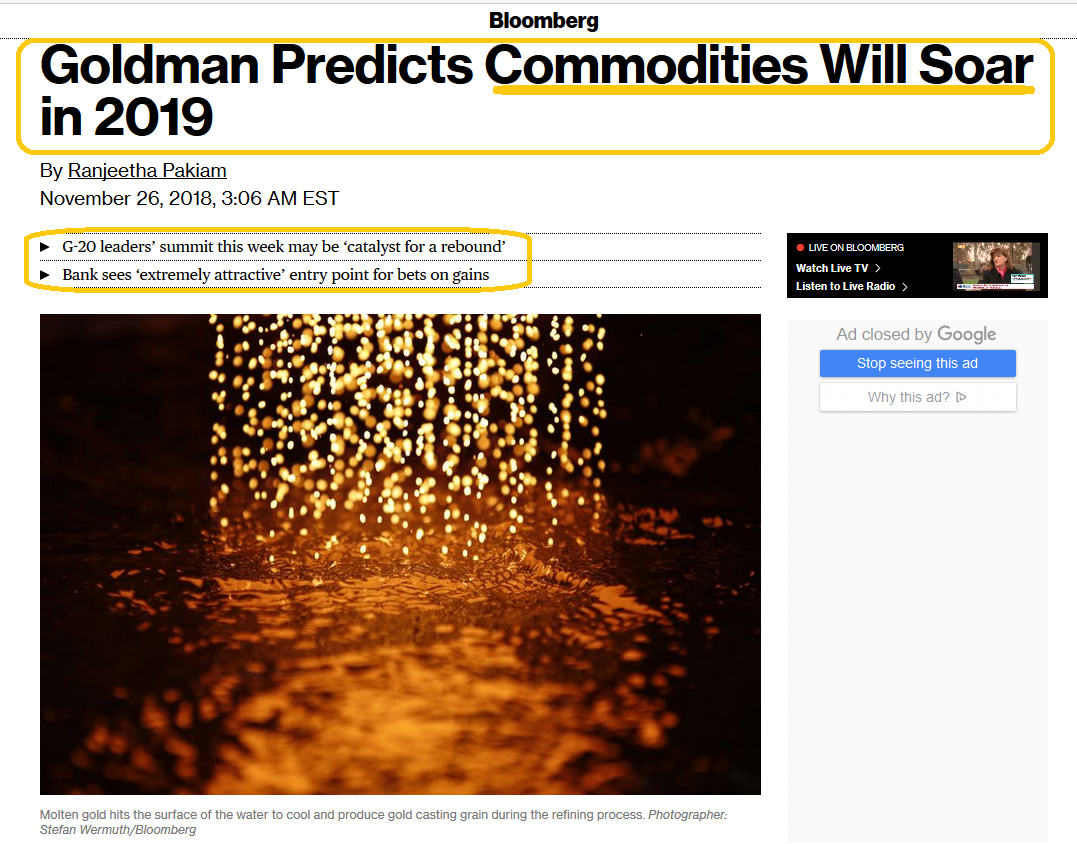 Goldman’s top economists clearly have the same view I do.

What’s particularly interesting about this forecast is that their top economist is also forecasting four rate hikes from the Fed in 2019.

Four hikes would put enormous pressure on the US government’s ability to finance its outrageous debt.It can be argued that these hikes are the Fed’s response to the insane growth of that debt.

Whether there are two rate hikes as Morgan Stanley predicts, three as I predict, or four as Goldman predicts, the growth of US government debt is clearly going to put vastly more pressure on the US government bond market (and the corporate bond market) in 2019 than it already has in 2018.

In the matter of “tax loss” season, I realize that many gold market investors are nervous that gold stocks will decline into December like they have in recent years. 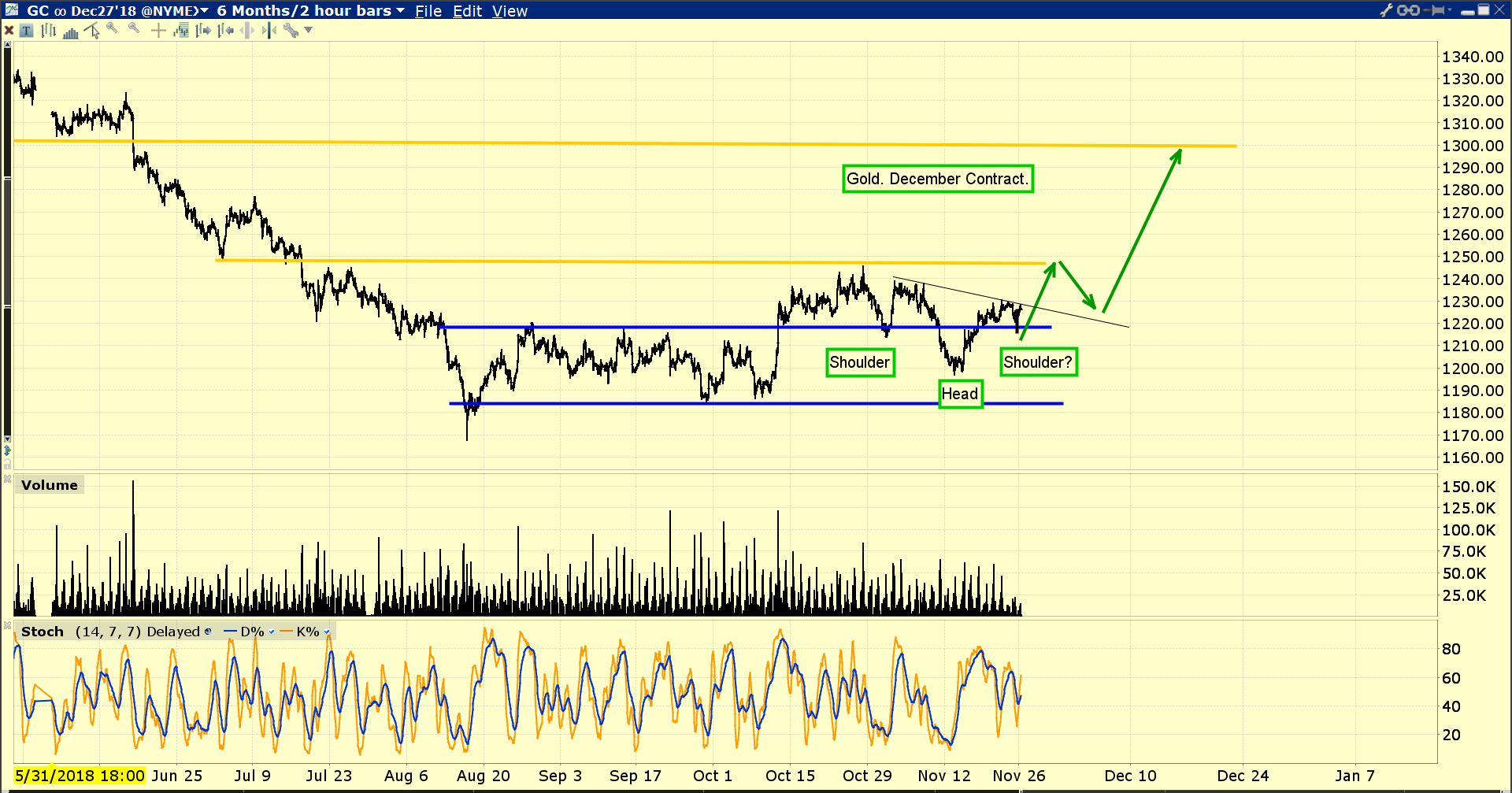 I don’t see anything to be concerned about on this daily gold chart. 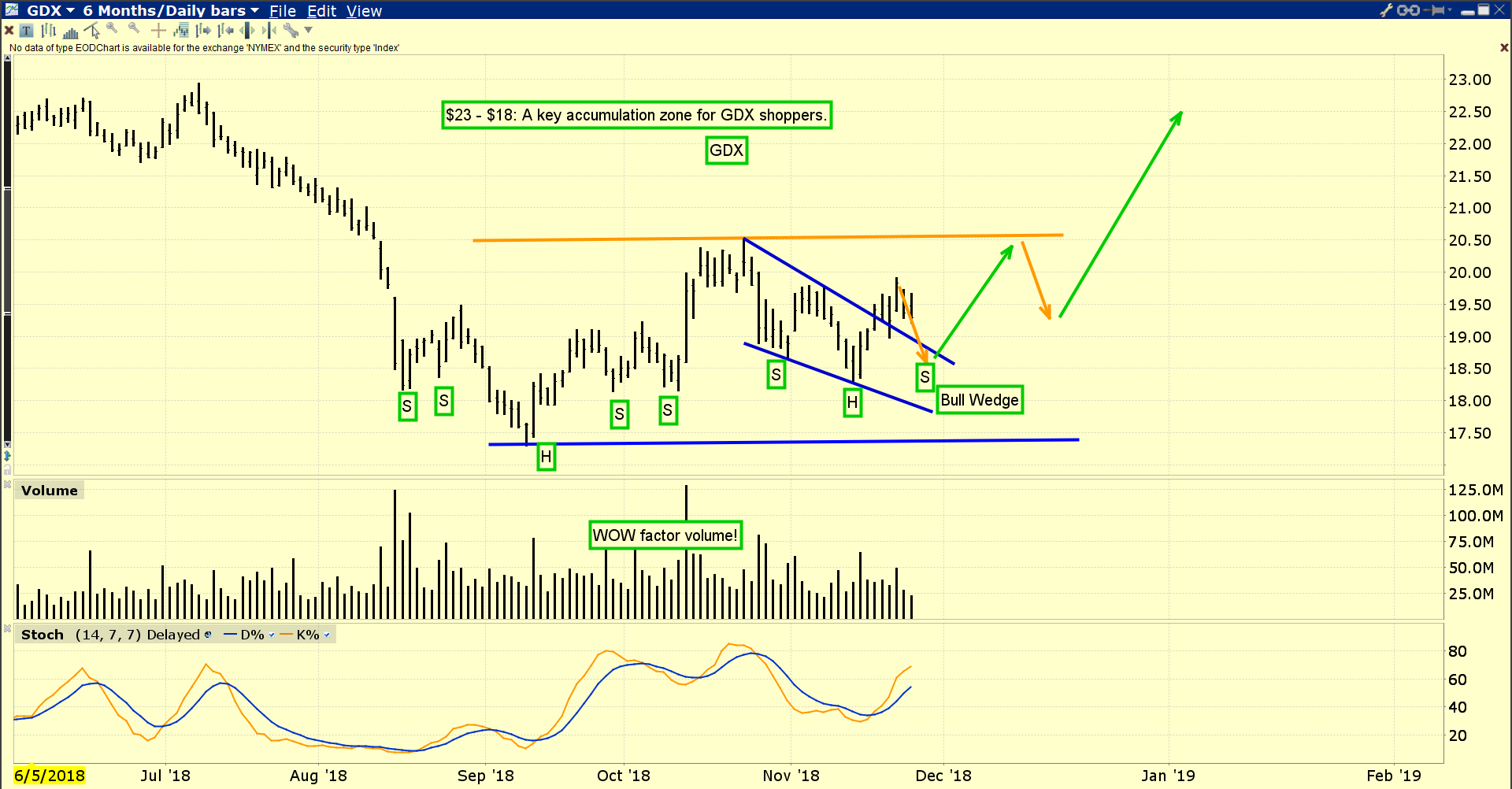 I don’t see anything on this GDX chart to be concerned about either.