In September, Trump proclaimed he had an economic magic wand. He made a similar claim yesterday, then threatened GM. Economic Magic Wand Claim September 10 “President Trump would need a magic wand to get to 4% GDP,” stated President Obama. I guess I have a magic wand, 4.2%, and we will do MUCH better than […] 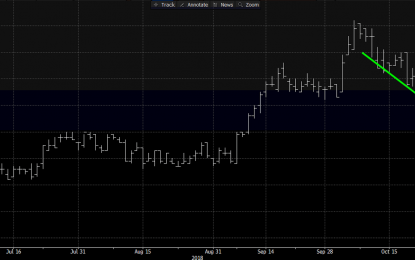 Albert Edwards latest this week was more like “Winter is coming” from Game of Thrones ( I still remember his ice age thesis). So let’s jump on to him. But before that, look at this chart from Bloomberg which is now pricing in just one more Fed rate hike in 2019. Heisenberg writes “Albert also […] 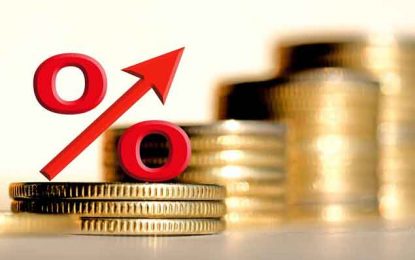 Durable Goods Report – Orders Driven Down By Defense & Aircrafts The October durable goods report was weak. This signals hard economic data is supportive of the recent correction in stocks. The headline matches the takeaway from this report. But the underlying results need to be examined. That one time crash in defense orders isn’t […]

The US Dollar has rallied nearly 4% against the Canadian Dollar since the October lows with price now targeting key resistance objectives just higher. These are the updated targets and invalidation levels that matter on the USD/CAD charts heading into the close of the month. USD/CAD DAILY PRICE CHART Technical Outlook: USD/CAD broke above a key resistance pivot at 1.3130/55 early in the month with […]

Anyone who is not familiar with technical analysis and charting might think – quite correctly – that technicians like three things – 1) the markets 2) jargon and 3) naming things after themselves. I cannot argue with any of that although I would add that there is a bit more to the naming thing. Technicians […] 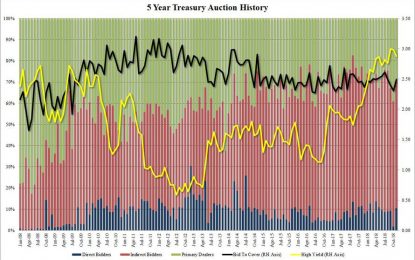 5Y Auction Prices On The Screws As Direct Bidders Return

After yesterday’s strong 2Y auction which saw a surge in Direct Bidders after the unexpected October plunge, rates traders were looking forward to today’s sale of $40BN in 5Y paper ($1BN more than last month) to see if the Direct bidding normalization continued. It did. Pricing at a high yield of 2.880%, today’s 5Y auction […]

With today’s release of the September S&P/Case-Shiller Home Price Index, we learned that seasonally adjusted home prices for the benchmark 20-city index were up 0.33% month over month. The seasonally adjusted national index year-over-year change has hovered between 4.2% and 6.7% for the last two-plus years. Today’s S&P/Case-Shiller National Home Price Index (nominal) reached another […]

The Direction Is (Globally) Clear

It is definitely one period that they got wrong. Still, IHS Markit’s Composite PMI for the US economy has been one of the better forward-looking indicators around. Tying to real GDP, this blend of manufacturing and services sentiment has predicted the general economic trend in the United States pretty closely. The latter half of 2015 […]
FIRSTPREV123456789NEXTLAST