Why We Sold Apple Stock

Our firm bought Apple (Nasdaq: AAPL) shares for clients’ portfolios in 2013, and we are used to being a contrarian voice when it comes to the stock (read here and here) – we loved it when it was hated. Now we are contrarian again – this time going against the company’s faithful. Here are key reasons why we sold […]

Shares of Health Insurance Innovations (HIIQ) are under pressure after Aurelius Value said it is short the stock as it believes the company’s business model relies on a “classic boiler room scam”. The short-seller argued that previously sealed documents gathered by the Federal Trade Commission “prove that a large boiler room operation recently shuttered by […]

A Copper Price Forecast For 2019

According to a recent report published by Market Research Future, the global server virtualization market is estimated to grow 7% annually through to the year 2023. Another report published by Computer Profile last year pegs VMWare (NYSE: VMW) as the market leader with over 75% market share, with Microsoft at a distant second with 17% market share. VMWare […] 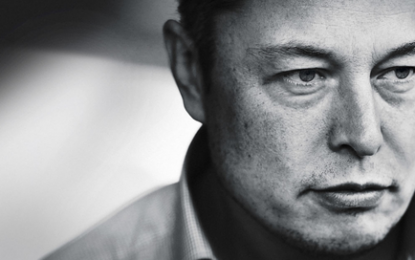 Tesla stock was down 2% in the premarket session after Reuters reported that the company’s vehicle sales in China for October tumbled an astonishing 70% from last month. According to the China Passenger Car Association, Tesla sold just 211 cars in the world’s largest auto market in October. The 70% drop in sales comes after the company admitted […] 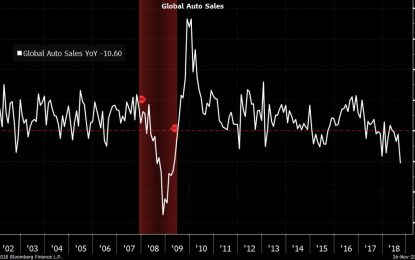 Global Auto Sales, through September YoY: This kind of fall was seen a decade back, but then it was a crisis. I think the consumer is getting increasingly tapped out and this also applies to emerging markets. Fund managers expect deterioration in global corporate margins over the next twelve months. Multiple headwinds of rising rates along […] 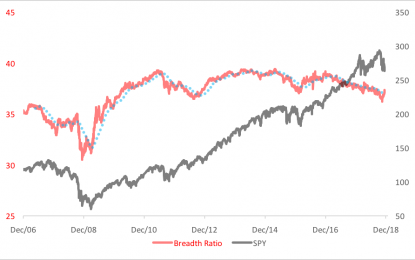 Is The Market Catching Its Breadth?

Concentration is the bugaboo of capitalization-weighted indices. We’ve seen this risk made manifest in the SPDR S&P 500 ETF (NYSE Arca: SPY) over the past year. Cast your peepers on the chart below. The red line depicts the course of the S&P 500 Breadth Ratio, the black traces SPY’s daily closing price. Notice how the red line turned […] 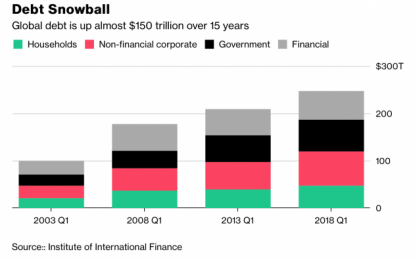 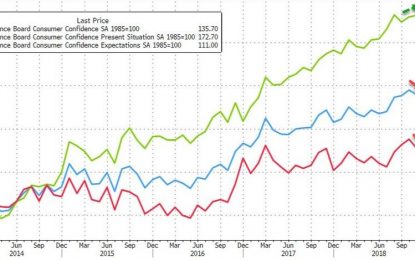 After surging to new cycle highs in October, Conference Board Consumer Confidence was expected to weaken in October and it did (dropping from 137.9 to 135.7). While the Present Situation rose modestly to new cycle highs (from a revised lower October print), Expectations (hope) in November tumbled… Consumers’ optimism about the short-term future declined in November. The […]
FIRSTPREV2345678910NEXTLAST