Is Silicon Valley the new Versailles? 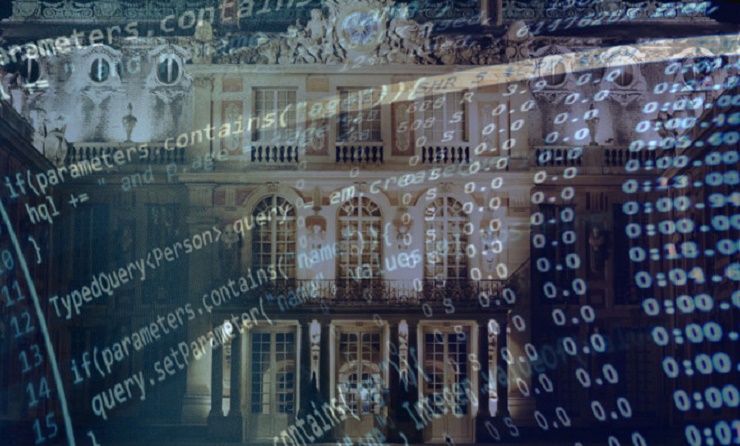 Is Silicon Valley about to turn San Francisco’s South of Market (SoMa) region into the new Versailles, a gilded castle filled with an elite who are so completely abstracted from reality that they eventually trigger a revolt of the commoners? The city may have reached “peak techie” this month with the unveiling of “Promised Land,” a public art installation inviting well-heeled techies to talk about “what Promised Land means to [them] and the journey [they] have taken to find [their] place in California/San Francisco/NEMA,” the latter an acronym for a planned apartment complex in the city.

The project is the brainchild of a developer wanting to appeal to the techie set, complete with its creative “New Market” branding — apparently SoMa wasn’t enough. For those unfamiliar with the city, as is the case with many techies who only see a limited view of San Francisco through the lens of what the latest trend is, “NeMa” may include startups sitting cheek-by-jowl, but it also hosts many members of San Francisco’s homeless population, and some of the poorest residents in the city.

NEMA, which named itself after the newly-branded neighborhood it’s trying to create, considers itself a luxury development, and it comes with the prices to match. The “fully wired” complex features everything a tech-head could dream of — in many ways, it’s reminiscent of the first tech bubble at the height of its gilded monstrosity, complete with 24/7 private spa treatments for residents, interior design consultations, dogwalking services, a 24/7 concierge, and much, much more. Be sure to enjoy the fitness center — and try to avoid the peasants calling for your head.

A studio apartment starts at $3,202 per month, and one bedrooms can cost as much as $5,300. Don’t look at the two-bedroom options, because you might faint.

The influence of the Valley has been spreading up the Peninsula like a black fungus, penetrating the southern regions of San Francisco. It’s alive in the startups appearing like fruiting bodies south of Market Street, in the endless promotional benefits San Francisco’s offering to draw in tech companies, and, of course, in the skyrocketing city rents as techies descend upon San Francisco, creating their own private community.

In a way, there really is something almost Versailles-like about the new iteration of the tech industry: A group of individuals so wealthy, and so clueless, that they have no idea about the people they’re trampling over. Servants, and others who make their lives possible, are so far divorced from their reality that they may as well not exist. Techies may not be building towering wigs and immense gowns for themselves, but they are wandering the halls of an utterly rarefied world that’s alien to ordinary citizens. As their feet whisper down the corridors of startups and they dance at massive catered parties, the well-built walls can almost drown out the sound of the Google Bus protests.

While it’s hard to guess what tech’s Hall of Mirrors will be — likely not Twitter, although one might be forgiven for any tongue-in-cheek jokes comparing an echo chamber to a room that endlessly reflects yourself, it’s been created, or it will be. Perhaps it can be found in the halls of Google’s San Francisco office, complete with Bay views and a massive slide. Or maybe it’s at the open-plan DropBox offices, with catering so renowned that being invited to lunch there is actually a better bet than some of the City’s better restaurants. And yes, there is a cupcake delivery service for those who, well, want to eat cake.

Tech firms have always tried to build bigger and better to attract new talent and impress investors. The tech industry is also hyper-aware of the desire to create a lively workplace culture with the kinds of benefits most workplaces can only dream of, and the result is an experience that may seem ordinary to employees, but is utterly surreal to outsiders. Just as the courtiers of Versailles once played elaborate games, ate grotesquely baroque meals, and tittered in the gardens, so to do software developers and customer service representatives live in a sort of gilded cage, kept separate from the earthy reality around them.

Marie Antoinette famously kept Hameau de la Reine, “The Queen’s Hamlet,” a tiny replication of a real working farm, at Versailles. It’s said that she enjoyed spending time there with her ladies, playing at being a working woman — though, of course, that wasn’t quite enough to satisfy a French people infuriated with hunger, poor social policies, and the excesses of the rich. What was for her a game was deadly serious to the common people.

The tech industry’s spread to San Francisco in some ways feels like Hameau de la Reine, with firms advertising an authentic, earthy experience only steps away from the Mission district and other historically low-income communities in the city. Techies can play at a different life by attending parties where the catering is handled by food trucks, just like Antoinette playing at farming by collecting eggs — but the tacos handed out at those trucks are nothing like those found in hole-in-the-wall Mission restaurants, instead being “elevated” with expensive ingredients and exotic preparations. California fusion cuisine, it seems, is never truly dead.

In the Bay Area, class tensions between wealthy and poor have been growing in the wake of the recession, and the conflict between techies and “the rest” has been especially acute. Many techies see themselves as an elite, providing a governing and improving influence to the city, just as many at the court at Versailles saw themselves as creators of art and culture, living in elevated positions by divine appointment to oversee the rabble of the citizenry. Those not privileged enough to work within the tech industry, on the other hand, may view it as a destructive influence: Private buses, luxury buildings, and other distancing tactics create a sense of isolation between techies and civilians, between digital and real lives.

But this is about more than simple class tensions, though these clearly play a critical role in the, so to speak, digital divide. This is also about a culture war, as perhaps exemplified by NEMA’s promotional stunt. It’s not enough to promote a well-built building with amenities that might appeal to members of the tech community who want to live close to their offices and have it all. Instead, the developer wants to promote a lifestyle, a way of life for residents that speaks to a larger cultural “dream” that may be largely a spun-sugar mythology. In the world of the tech industry, these firms rule by divine appointment and historical precedent, not just on merit, and the Valley rushes to defend itself when its way of life is threatened.