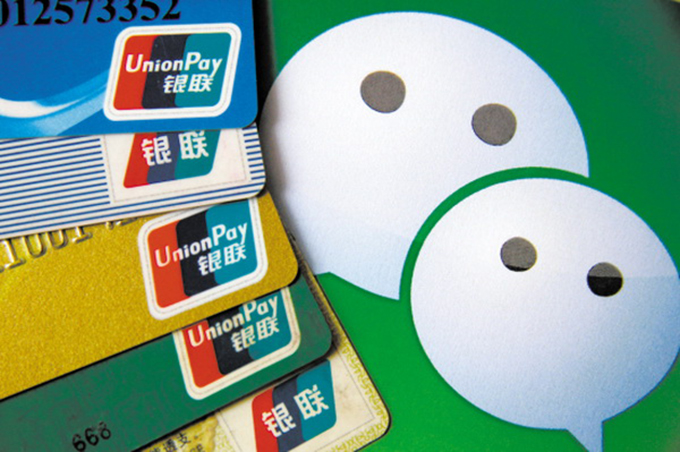 What is a digital wallet

Wikipidia defines digital wallet as “an electronic device that allows an individual to make electronic commerce transactions. This can include purchasing items on-line with a computer or using a smartphone to purchase something at a store.” But, with a computer? Technically, yes, smart phone can be considered as a portable computer.

With everything on the go today, for most of us, a digital wallet is considered an app on smartphone or tablet, which stores our credit and debit card information, digital coupons, loyalty cards, and digital cash. It allows us to shop on eCommerce websites with our smartphone and saves us from filling out card number, expiration date, and billing information again and again. It also allows us to make in-store payments with just one tap or a simple scan of our smartphones. A digital wallet is also known as an e-wallet.

It requires a NFC (near-field communication) chip equipped smart phone. This mobile payment technology allows temporary data communication within a very short distance. In order to make it work, a merchandise also need to have a NFC comparable POS (point-of-sale) terminal where users tap their smart phones and enter PIN to check out.

After downloading and installing the digital wallet mobile application or computer software, you only need to set up an account with your payment method, password and other information you may use when purchase digitally. These cloud-based digital wallet stores your information in cloud, and fills out order forms on each eCommerce site for you automatically. Also, money can be transferred from your bank account to your digital wallet as “cash”, or transferred among friends.

Digital wallet apps provide mobile payment function that generates a QR code on your smartphone screen. After being scanned, the code passes stored credit card information to retail server that enable the payment without swiping your card. This is also know as QR code payment, a very common mobile payment method.

Brand and Product
How it works
Comparable Mobile Systems

During the Chinese Lunar New Year’s Eve of 2015, Chinese smart phone users all over the world had been in a serious battle on various social platforms fighting for “Hong Bao”, also known as the red envelope with lucky cash inside. This year, the Chinese tradition went digital as Chinese Internet magnates Alibaba and Tencent are pushing digital wallets into millions of Chinese families. It is considered an ambitious move of Alibaba, who owns entirely or large part of:

Tencent, the fifth largest internet company in the world, leverages among social network, ecommerce, multiplayer online games, and online payment services (Tenpay). Alibaba’s attack towards Tencent who first created the digital red envelopes in 2014 was not successful. Not much later than the event Hong Bao Giveaway was launched on Sina Weibo on Feb 2nd, Tencent reacted immediately and jumped into the battlefield with WeChat and in-app games. 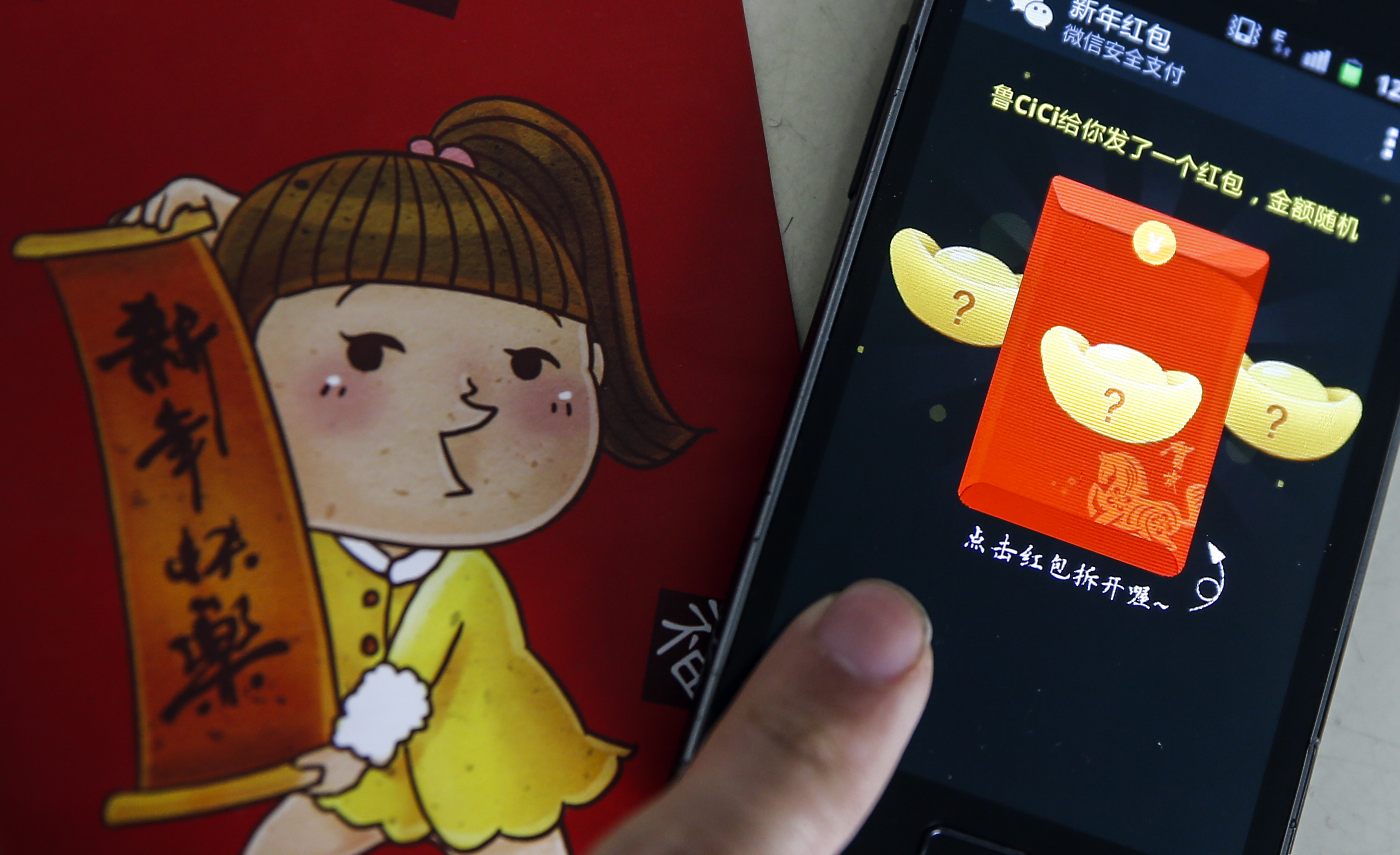 Quick catch-up: What is a Digital Chinese Red Envelope?

In tradition, elders give the Chinese red envelopes to younger generations along with the wish of good luck, and the money was often deposited into parent’s bank account on behalf of the kid and saved for the future. In the year of 2015, digital Chinese red envelopes have been sent from business to individuals and among friends and lovers of all ages. The money received digitally and deposited in digital wallets are most likely be redeemed as coupons at online shopping websites, spend through taxi calling apps, or be contributed to phone bills.

Tencent is the biggest winner with its WeChat app the most popular free messaging and calling app among Chinese. It’s also a main social network platform in China. In early 2014, Tencent has already integrated digital wallet function and mobile payment service within WeChat application. The smart move of cooperating with CCTV for the Hong Bao Giveaway during the 2015 Spring Festival Gala broadcast reached billions of Chinese families and has significantly increased the numbers of WeChat Wallet users with iterative in-app games and user-friendly app design. According to Tencent, over 10.1 billion of digital Chinese red envelope transactions on WeChat happened during the live broadcast, and the money was directly deposited into users’ digital wallets.

How the digital Chinese red envelopes and WeChat digital wallet work together:

1. Add debit or credit cards and transfer money to your WeChat wallet

2. Send a red envelope with certain amount of money directly to a contact

Or 2. Send it to a group of contacts and let the app distributes the amount to everyone randomly

3. Money is deposited to receivers’ digital wallet (a wallet will be created if the user didn’t have one)

4. Withdraw money via linked debit card accounts, or shopping with digital wallet online or in store.

Insights and Concerns – Is Digital Wallet and Mobile Payment Safe?

Although seemly the Chinese Internet giant have successfully boosted its WeChat digital wallet and mobile pay service during the new year celebration, how many of the accounts would remain active after is unknown, as it’s not hard to recall the recent fraud of Alipay QR code on-site payment last year. The victim snapped a QR code that claimed itself as a coupon of the item the victim is going to purchase online. A malware was installed in the victim’s smart phone and obtained the payment method and security information of the victim’s digital wallet. Whoever behind that hack took thousands of US dollars from the victim’s linked bank accounts.

Is digital wallet mobile payment safe? Yes, showing your QR code to pay in store is relatively safe compared to snapping a portal QR code that guides you to a payment page on websites. Digital wallet app such as WeChat generates a one-time-use QR code when a user is ready to pay in store. Cashier scans the code on user’s smart phone screen to complete the payment.  The code will only be valid in a very short of period, most likely less than 1 minute, and the transaction over a certain amount will require a PIN. Meanwhile the function that allows users to snap QR codes and to go certain webpage to pay is still kept in some of the digital wallet apps as it is considered convenient. Thus, the digital wallet and mobile payment security also depends on smart phone users’ own judgment. Think before snap.

However, there is a certain concern of digital wallet security against payment password. Users of WeChat wallet, for example, can only set up one password for one wallet account, although one account is allowed to link up to 10 credit or debit cards. App designers and developers need to find a balance between security and convenience, and users should also be giving the options to choose their priorities.