Cryptos Bounce Back After Biggest Cyber-Heist In History 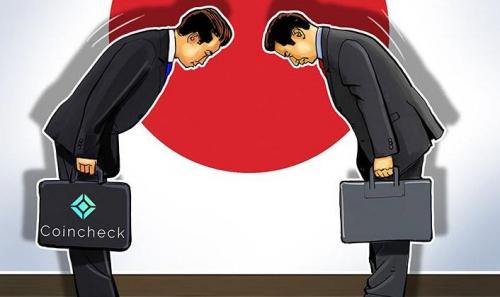 Following the biggest cybertheft in history – $534 million from Japan’s Coincheck – cryptocurrencies are soaring back higher after the exchange confirmed that it will issue full refunds to all of the 260,000 of its users who have become victims of the Friday NEM hack.

As a reminder, the Coincheck exchange  was hacked Friday, Jan. 26, resulting in a massive loss of 523 million NEM coins, worth approximately $534 million at that time. During a press release following the hack it has been revealed by the exchange’s representatives that the funds were stored on a single-signature hot wallet, constituting a relatively low-security environment.

But now, as CoinTelegraph reports,
the company has now confirmed its intention to refund the stolen money to the affected users. According to the announcement, the refunds will be done using the exchange’s own capital.

The company is still considering the exact timing and methodology for the process. However, it has already announced that the compensation for each NEM coin will be JPY 88.549, which is the weighted average exchange rate during the period from when the trading was halted to the release of the latest announcement.

Coincheck indicated that they are referencing the XEM/JPY exchange rate at Zaif, another Japanese exchange which has the most trading volume for XEM globally.

Furthermore, Coincheck has again confirmed their intention to stay in business, as opposed to declaring bankruptcy, saying:

”Along with our ongoing efforts to file applications to be registered as a Cryptocurrency Exchange Service Provider with Financial Services Agency, we will continue business.”

NEM soared back to recent highs after the headlines hit

The crypto community has shown support for Coincheck after this action and the development team behind NEM has announced that it is working on an automated system that will track the stolen coins and tag all addresses that receive the “tainted” money. This will allow any cryptocurrency exchange to blacklist the hackers’ accounts, preventing them from ever cashing out their illegally obtained fortune.