Google’s powerful mapping services will become even more dominant after the acquisition of an Israeli social mapping start-up called Waze. Waze features real-time traffic data partially provided by users with the goal of helping drivers find the fastest route to a destination. Waze’s success in part is due to the reliance of its users who can add their own information about accidents, police speed traps and road hazards in order to get true real-time updates for all to utilize. 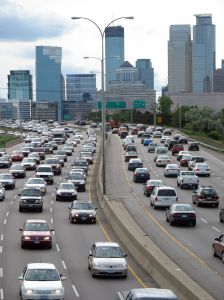 Google has not disclosed the purchase price of its new acquisition but reports have estimated the transaction to be slightly more than $1 billion. Google has realized the importance of location data in our increasingly on-the-go lifestyles that we partake in whether it is finding a new restaurant or navigating an unfamiliar town.

Waze has attracted nearly 50 million users with about 16 million of them accessing the app monthly to give traffic updates on their route. Waze is able to generate a live feed of traffic information coming from GPS tracked movements of their users. The relationship between Google and Waze will be only slightly harmonious as Waze plans to remain separate from Google’s map service. Although, some of Waze’s real-time traffic data will feed into Google Maps and Google plans to integrate its dominant search capabilities into Waze.

One of the main reasons Google has decided to acquire a company that may never have become an actual competitor is to keep their technology and ideas out of the current competitors such as Facebook and Apple. Google believes that another benefit of working with Waze is that they will be able to integrate new features such as the options to report accidents, police presence and blocked roads which Google did not have prior. Adding such features will only help retain current Google Maps clients and add to the increasingly usefulness of their mapping services overall.