Finish him! ‘Mortal Kombat X’ is the bloody next chapter fans deserve 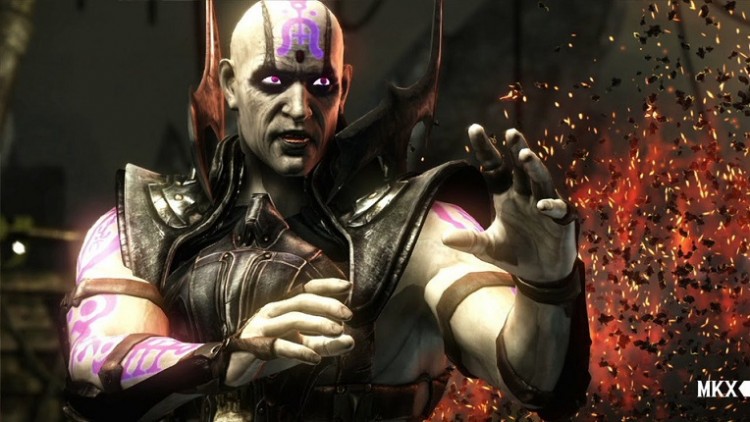 It took just four button taps to squeeze a man’s guts out, like a tube of toothpaste. Except you wouldn’t brush your teeth with shimmering, red entrails. Five minutes later, a few more button taps left my victim’s skull bisected. Her brain rolled out and her tongue lolled outside of a face without a jaw.

Absurd levels of gore are only part of the Mortal Kombat experience, but revelling in the shattered bones and oozing guts is something that unites casual and serious fans. You know you’ve arrived at a Mortal Kombat game when successfully ripping someone in half to finish your fight is a sweet reward.

Mortal Kombat X embraces the gore, but also builds on the foundation NetherRealm Studios constructed when it rebooted the storied Mortal Kombat franchise in 2011. The game is devoted to its players, every sect of them. It welcomes fighting game newbies with accessible gameplay, piques the interest of those heavily invested in series lore with a dark story and appears to be challenging and balanced enough to encourage highly competitive, professional play.

In the far future of Earthrealm

Mortal Kombat X takes a bold choice for the franchise by sending the characters into the future, and introducing us to many of their offspring. After NetherRealm chose to reboot the entire series mythology (akin to many comic book reboots we’ve seen in the last decade), it’s fantastic to see the studio venture into untrod territory with lots of new faces.

Make no mistake: you need to refresh yourself on Mortal Kombat 9’s story before diving in here. There is no “previously on…” to guide you, so a visit to a wiki, a playthrough or even viewing the previous title’s cutscenes on YouTube is pretty much required. Remembering what happened to Raiden, Johnny Cage, Sonya Blade and the rest of our heroes, including the ones that didn’t survive, is important in this new story. And that’s a lot of people.

You’ll punch and kick through 12 chapters, each focusing on a different character, which has become a signature piece of NetherRealm’s games. Each chapter has about four fights that are interspersed between long cinematic cutscenes. One weird feature is the addition of quicktime events, which require timed button presses after being prompted, to move certain scenes forward. Unfortunately, these bursts of interactivity are infrequent enough that you usually let down your guard and miss the first one. While they don’t have an effect on the story, they feel weirdly out of place.

Most of the story focuses on the future battle against Shinnok, with flashback chapters interspersed to show us how we got there. Through these, character motivations are revealed. Overall, it’s much more character development than fighting game fans are often treated to. In a genre known for its twisting, ridiculous plots, NetherRealm balances that with a closer view of the fan-favorite characters; it’s especially true when you see some of the growing relationship between Johnny and Sonya.

If anything, I wanted more story by the time it was over. When you reach the final battle, it feels more like a middle chapter than a dramatic finisher — especially after only four to five hours of play. After the previous game’s 16 chapters, I wanted something a little more beefy.

The feeling of not having enough is echoed in your fighter selection. There are 24 playable characters in Mortal Kombat X, plus Goro for those who pre-ordered the game. Four have already been announced as downloadable content as well. But as I met fan-favorite characters (that I won’t name because of spoilers) in story mode, I immediately wondered why they weren’t playable, and if they’ll playable down the line.

That said, there are several brand new fighters for the series, and they’re all dynamite. Mysterious outlaw Erron Black, who fights with both pistols and swords, offers a fun mix of combat styles. Part-insect, part-woman D’vorah’s speed and reach — thanks to insectoid arms that quickly close the gap between her and another fighter — make her deadly. And Cassie Cage — the offspring of Johnny and Sonya — is just plain fun, thanks to a great mix of her parents’ techniques folded into one character.

And these are just a few examples, since there are eight brand-new playable characters for players to master. But each character has three variants that change the way they handle in battle. Selecting a variation before the fight affects that entire fight; it isn’t a mere stance change. These definitely cater to different player’s strengths competitively.

User rating: 0.00% ( 0
votes )
A minister and Stanford business lecturer explains how to be spiritual at work The New Age of SEO: Why Your Approach Must Change