Oil did a pump and dump after it was announced that Saudi Arabia raised oil production to an all-time high in November, pumping 11.1 million to 11.3 million barrels per day (bpd). Yet, oil rebounded because it is just not about production but also oil exports that the Saudis are signaling will be falling sharply. […] 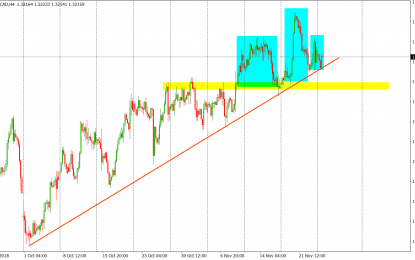 USD/CAD: Waiting For The Breakout

The title says it all – we are really waiting for a breakout. We assume that it will not be a typical breakout, but one that will bring a proper sell signal. What we are having here is a bearish Head and Shoulders pattern (blue), which has been here since the 9th of November. The […] 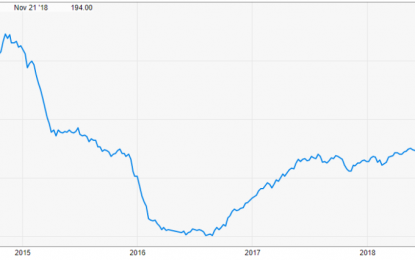 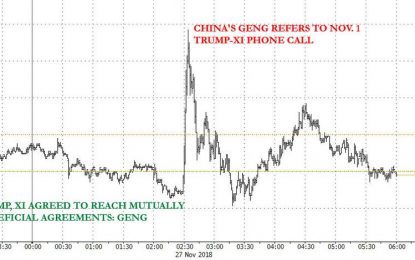 Demonstrating how on edge the market is over any favorable (and vice versa) developments in the ongoing US-China trade war, a couple of conflicting headlines out of China shortly before 3am ET sparked turmoil across asset classes.  Just a few hours after Trump’s interview with the WSJ, in which the president signaled that he would […]

USD/CAD stays in a bullish price channel on the 4-hour chart and remains in the uptrend from 1.2782 (Oct 1 low). As long as the price is in the channel, the fall from 1.3317 could be treated as consolidation for the uptrend and another rise to 1.3400 area is possible after the consolidation. Only a […]

There are four magic words that are the only way to make money in the financial markets. Buy low, sell high. Unfortunately, many investors especially those who are new in the market have a tendency to enter when markets are ‘hot’ and exit when they’re not. That said, there’s been a lot of chatter lately about how […]

Disney Upgraded To Outperform From In-Line At Imperial Capital

Imperial Capital analyst David Miller upgraded Disney (DIS) to Outperform from In-Line and raised his price target for the shares to $129 from $113. The stock closed yesterday up 47c to $112.55. While fiscal 2019 should be a “transitional year,” fiscal 2020 brings an “abundance of catalysts,” Miller tells investors in a research note. The […]

Indian share markets traded on a positive note during closing hours and ended the day higher. Gains were largely seen in the IT sector and oil & gas sector, while metal stocks and healthcare stocks witnessed selling pressure. At the closing bell, the BSE Sensex stood higher by 159 points (up 0.5%) and the NSE Nifty closed higher by 57 points (up 0.5%). The BSE Mid Cap index […] 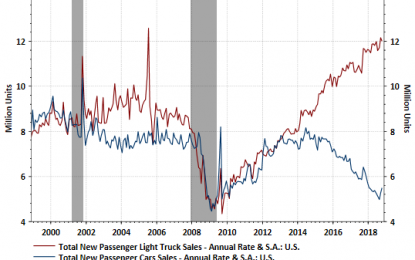 GM Restructuring News Not A Sign Of A Slowing Economy

Yesterday General Motors (GM) announced a restructuring that will cut 14,000 positions and the possibility of closing five auto manufacturing plants. Some headlines attributed the restructuring to an economy that may be slowing. However, when one reviews the data that comprise new sales of automobiles and light trucks, the exact opposite conclusion is drawn. A divergence has […]