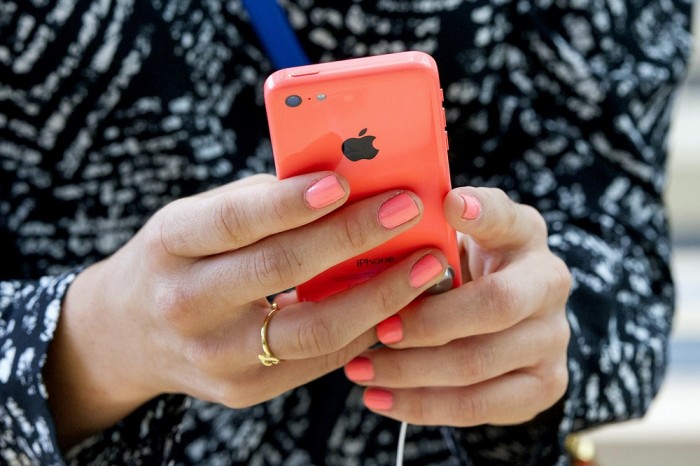 Apple Inc. (AAPL) signaled that the long wait for new products is nearing an end.

With bigger-screen handsets in development, Apple said yesterday that shoppers are delaying buying new iPhones, which will weigh on sales in the current quarter ending in September. Yet rather than dissuade buyers from procrastinating, Apple stoked anticipation for new devices on a conference call, with Chief Executive Officer Tim Cook talking about an “incredible pipeline” that “we can’t wait to show you,” and finance chief Luca Maestri declaring it would be a “very busy fall.”

Looking ahead to new gadgets is the main reason investors barely reacted to Apple’s fiscal third-quarter results yesterday. The world’s most valuable company posted a 12 percent rise in net income to $7.75 billion and a 6 percent revenue increase to $37.4 billion, with strong iPhone and Mac sales making up for a drop in iPad demand.

Instead, investors were buzzing about Apple’s coming slew of products. The Cupertino, California-based company, which hasn’t released a new mobile device since last year, is working on larger-screen iPhones, a potential wearable device and an upgrade to Apple TV, people familiar with the plans have said.

“You’d have to live in a cave to not know that Apple is coming out with a big new batch of iPhones,” said Michael Binger, a senior portfolio manager at Gradient Investments LLC, which manages about $600 million and owns Apple stock. “We’re coming in to a big time for Apple in the back half of the year.”

Apple has released new iPhones each September for the past two years.

Maestri, who took over as Apple’s chief financial officer this year, said in an interview that the trend of customers waiting for new releases is especially pronounced in English-speaking countries where more rumors are spread online about the company’s product pipeline. He said Apple took that phenomenon into account when crafting its outlook for the current quarter. The company projected sales of $37 billion to $40 billion, slightly below the $40.6 billion estimated by analysts.

“We’re seeing some purchase delays and we’ve reflected that in our guidance,” Maestri said. “It happens. We have to live with that.”

In the most recent quarter, iPhone sales rose 13 percent to 35.2 million and Mac sales increased 18 percent to 4.4 million. That helped offset a second-straight quarterly decline for the iPad, with sales dropping 9 percent to 13.3 million as the tablet market becomes more saturated, especially in the U.S. and Western Europe.

The results reinforced the importance of the iPhone, which accounts for more than half of Apple’s revenue and about 70 percent of total profit, according to ISI Group.

Apple is set to release new iPhones with 4.7-inch and 5.5-inch screens, people familiar with the plans have said. The devices are anticipated by some analysts to be the company’s biggest sellers since the iPhone’s 2007 introduction.

Apple is responding to a shift in consumer taste toward bigger-screen smartphones, a trend Samsung Electronics Co. (005930) and others have capitalized on to grab market share from Apple. In China, about 40 percent of mobile gadgets sold based on Google Inc.’s Android operating system in 2014 had display sizes of more than 5 inches, according to an estimate by Forrester Research.

“Apple’s fortunes are tied to the iPhone,” said Binger.

User rating: 80.00% ( 1
votes )
How Marriage Has Affected 'Bachelor' Sean Lowe and Catherine Giudici's Relationship 10 Things You Didn't Know You Agreed to via Terms of Service