EURO BACK ON OFFER AS ITALIAN BUDGET OPTIMISM DISSIPATES A bit of optimism showed around the single currency yesterday as news began to spread that Italy was close to softening their deficit targets. This morning has seen that optimism turn towards confusion as a set of conflicting reports have indicated two totally different directions: One report earlier this morning […] 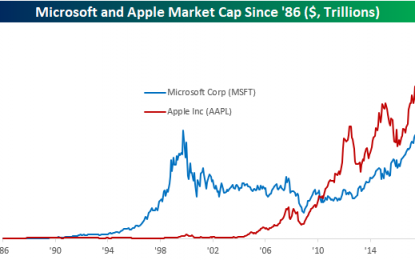 Microsoft Closes In On Apple As World’s Largest Company

Below is a chart comparing the market caps of Apple (AAPL) and Microsoft (MSFT) going back to 1986. While Microsoft dominated Apple during the 80s and 90s, Steve Jobs finally one-upped Bill Gates with the release of the iPod and then the iPhone in the mid-2000s. After peaking in market cap at the highs of the Dot […]

The non-seasonally adjusted S and P CoreLogic Case-Shiller home price index (20 cities) year-over-year rate of home price growth decelerated from 5.5 % to 5.1 %. The index authors stated “nine cities saw prices decline in September compared to August”. Analyst Opinion of Case-Shiller HPI I continue to see this a situation of supply and […] 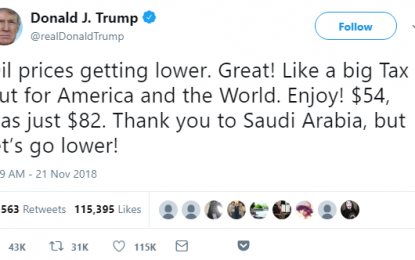 Trying To Save The Economy With Lower Oil

The other day President Trump tweeted the following:   Contrary to some of his tweets, this one seems to make sense. After all, the price of energy goes into everything. From the cost of manufacturing household items to shipping foreign foreign-made goods from overseas to the price filling up the tank on the commute to […]

Remember: home *sales* peak first; house *prices* peak later! That’s because it  is reduced sales themselves that give sellers the signal to reconsider their asking prices, and buyers to consider becoming more aggressive. This morning two important measures of house prices were released, both for September. First, the Case Shiller indexes all rose: Before seasonal adjustment, the […] 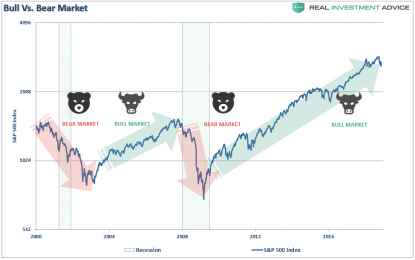 Technically Speaking: The Difference Between A Bull & Bear Market 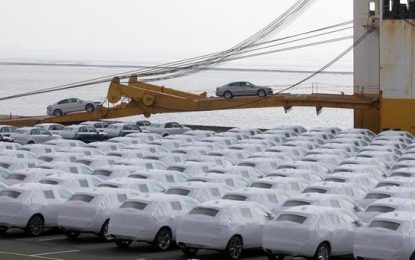 US equity markets and European Auto stocks are plunging after reports that President Trump may introduce car tariffs as soon as next week (suggesting little hope for optimism from the G-20). WirthschaftsWoche reports that US President Donald Trump may impose tariffs on imported cars as early as next week. “The investigation report of the Ministry of Commerce is […] 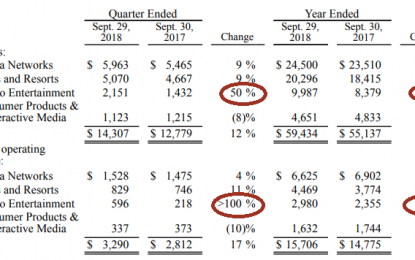 I’m following-up on yesterday’s post about my Five Favorite Canadian Consumer Stocks with my top five on the U.S. market. Five years ago, I created Dividend Stocks Rock. The idea was to build the most comprehensive and effective dividend investing platform. Throughout the past five years, our portfolios did very well (see for yourself). A key part of […]

from Challenger Gray and Christmas David’s Bridal recently announced it is undergoing Chapter 11 bankruptcy to potentially eliminate $400 million in debt. The bridal wear retailer said it was not planning to close any stores or cut positions during this restructuring period. The announcement comes after several retailers declared bankruptcy with various outcomes. So far […] 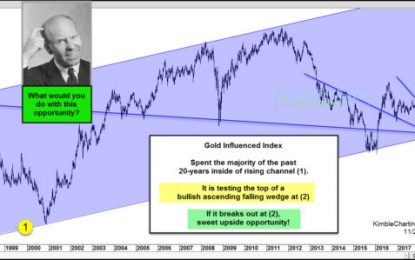 Metals Opportunity At Hand, Are You Prepared

This chart looks at a precious-metal-influenced index over the past 20-years. This index has spent the majority of the past 20-years inside of rising channel (1), creating a series of higher lows and higher highs. This index hit the 20-year rising channel earlier this year and has created a small series of higher lows, […]
FIRSTPREV34567891011NEXTLAST