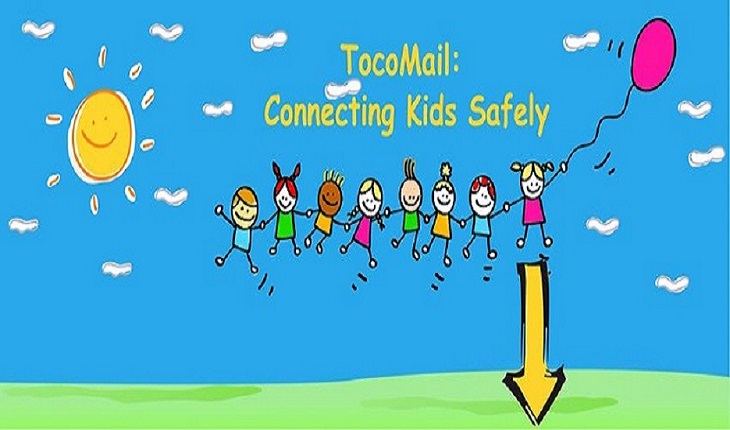 With emails now becoming the most effective way to reach someone at any given time, it is imperative for kids to have one too. Most Email Service Providers (ESP) do not have email services for kids and teenagers, citing parental advisory and security as reasons for avoiding potential markets. The ever popular Gmail has been an exception. Tocomail, earlier this year, debuted its first email service for kids, but now partnered with Gmail to target teenagers who use email on a regular basis.

Tocomail, whose latest app target teenagers first started with emails for kids. With kids owning iPads, iPhones, tablets and all the possible smart devices, Tocomail’s email service for kids with parental controls worked best. The standalone app allowed kids to send messages and drawings to a pre-approved list of family members.The app had in-built protection like most others making it a safe alternative for children who would switch to other ESPs later.

The technology involved in Tocomail’s email app for kids inspired an email client for Gmail, aimed at teenagers, instead of a stand alone app. Just like the graphical user interface (GUI) for kids, a simple interface for teens allows them to compose messages and send emails. Use the Gallery or Camera app to share pictures or draw anything you want to on the drawing board that is available for kids. The only difference, is the instant messenger included in the email client, allowing teens to IM a pre-approved list of family members and friends.

Parents can monitor and exercise control effectively with Tocomail kids email client for Gmail, allowing kids to have a positive experience with Gmail. Priced at US $9.99, the optional in-app purchase offers extra security for parents who can keep a track of email activity registered on the app. The in- app purchase- a little pricey- is Tocomail’s biggest selling point, but hey, its always better to be safe than sorry.

Safe, General and Blocked are the three predominant categories parents can sort contacts into within the app. Pre-approved people get on the Safe list making it easy to contact them, but for anyone not on that list,a parent’s approval is needed before the email is sent. The Safe list is pre-approved by parents allowing them to supervise the other lists. Stored in a folder, messages from kids are not sent until they get a big okay from the parents, adding a security blanket that ensures all’s good with the kids.

You have to be 13 years or older to use Gmail in most countries and this client targets 13-16 year old teens. Granted, the app didn’t look visually appealing on my friend’s iPhone. Adult tastes I guess, but her daughter took to the app on the iPad instantly. The GUI didn’t really affect the overall experience and then I was reminded that most apps started out with an unappealing GUI, but like the proverbial swan, they got better with time.